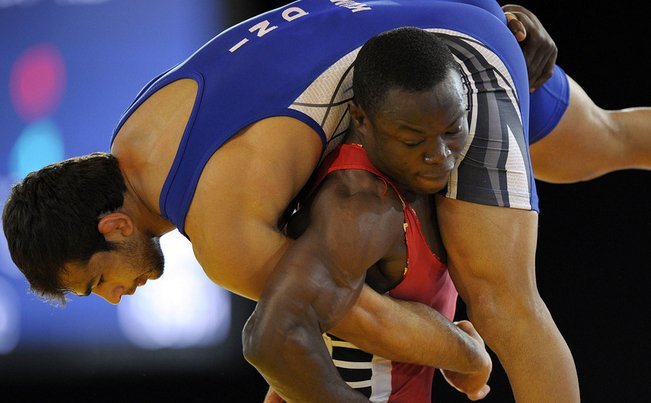 Daniel Igali, the President of Nigeria Wrestling Federation (NWF), on Tuesday said 12 wrestlers would represent the country at the 2018 Commonwealth Games in Gold Coast, Australia next month.

“The team comprises six male and six female wrestlers in the various weight categories,’’ he told the News Agency of Nigeria (NAN).

Igali listed the female wrestlers to include 2014 Commonwealth champion Odunayo Adekuoroye in the 57kg category and eight-time African champion Blessing Oborududu in the 68kg category.

The NWF president said those in the male category include 2010 Commonwealth Games gold medalist Sinivie Boltic, in the 125kg, and six-time African champion Amas Daniel in the 65kg category.

Igali also explained the reason behind the non-inclusion of John Ogbonna-Emmanuel, currently ranked world number one in the 70kg freestyle category by the United World Wrestling (UWW), in the national team.

“He was not selected because he is in a non-Commonwealth Games weight class,’’ the NWF president said.

He said the wrestlers picked for the Games were selected at the Gov. Wike Wrestling Championship held in Port Harcourt last year.

“We used tournaments to select the teams. But if there is a compelling case, we make decisions in the best interest of the country,” Igali explained.

Boltic will be making his fourth Commonwealth Games appearance, while Amas and Oborududu will also make their respective third appearance.

The wrestlers have been in camp for about a month in Yenagoa and Port Harcourt preparing for the Games.