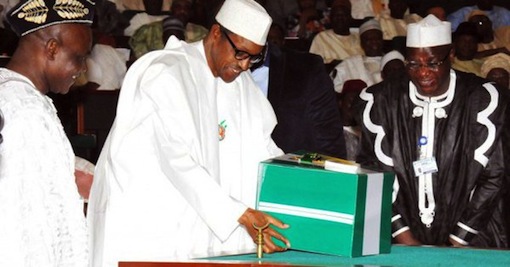 A member of House of Representatives, Mr Nicholas Ossai (Delta-APC), on Wednesday urged Nigerians to hold the Executive accountable for the delay in the passage of 2018 Appropriation Bill.

He told News Agency of Nigeria (NAN) in Abuja that apart the Bill being late November, 2017, Ministries, Departments and Agencies (MDAs) had refused to go before relevant committees of the legislature to defend their budgets.

Ossai, therefore, said that it was unfair for the Executive to blame the lawmakers for delay in passing the budget, insisting that it could not be approved without MDAs defending their needs as contained in it.

According to him, the National Assembly cannot address issues regarding the Appropriation Bill in a hasty manner, particularly when the Executive that made the inputs in the budget are reluctant to come and defend them.

On the intended January – December fiscal year, the lawmaker said “I don’t really agree with the executive’s assertion, whether budget year or not budget year.

“The most critical issue is that the budget was brought late November, and so there was no way the National Assembly could have addressed the matters in the Bill in one month.

“January to December is not supposed to be an issue but bringing the private sector to bear when budgeting is the issue.

“This is because the economy is run not only from the public sector but also the private sector.

“The executive ought to bring the budget in the first week of October to give three months for the legislature to address the issues critically, looking at the books and performance of preceding budget.’’

“Sometimes you blame the executive because you invite them to come and expatiate on the budget items and they find it very difficult. I don’t know what they are hiding from the legislature.

“The Constitution has given us power to be able to look at the Bill; we are representatives of the people and the executive is to implement what the people have prescribed.

“I think to some extent, the National Assembly has been dutiful enough to its job by creating value for money because without scrutinizing, you won’t be able to see value for money,” Ossai added.

According to him, if certain amount is budgeted, it is also necessary to know how it is utilised based on the prescription of the national assembly.

“If you are the executive and have budgeted a sub-head of N10, you should be able to feed us that the N10 we gave you last time, you used it and to what extent.

“If you can defend that very effectively, then there is no reason why the National Assembly cannot prescribe further N10 or even give more depending on what you have presented.

“But, in a situation where the executive budget performance is eight per cent or sometimes, 20 per cent and you are bringing a higher figure in a new budget, the National Assembly will ask questions.

“Those are the reasons why our constituencies want to know why most of the budgets are not well implemented, especially when revenue generating agencies have met their target according to approval.

“So, these are the issues we want to know and critically examine so Nigerians can get value for money,” he said.

Ossai said that though implementation of 2017 budget was quite low at the end of the year, it had gone up to about 50 per cent due to queries by the legislature.

“Today, I can tell you that over 50 per cent of the 2017 budget has been implemented.

“This is because of the critical assertion by the House of Representatives in particular; the executive had to rush and hasten implementation of the budget.

“You can see that the representation of the people counts a lot in a democracy; without being critical about the last year’s budget, there was no way the executive would have implemented it.

“So, Nigerians should be patient with the National Assembly; we are trying to create value for money,” he said.