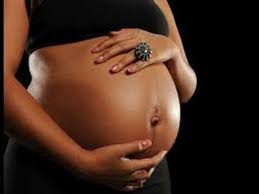 New evidence from fetal brain scans has shown that a mother’s stress during pregnancy can change the neural connectivity in the brain of her unborn child, potentially affecting the baby’s brain functions.

Moriah Thomason, an assistant professor of Wayne State University, presented this new finding on Monday at the 25th meeting for the Cognitive Neuroscience Society in Boston.

He explained that research in newborns and older children to understand prenatal influences has been confounded by the postnatal environment.

Conducting in-utero brain scans are challenging because of the always wriggling babies.

Thomason’s team recruited the participating mothers from a low-resource and high-stress urban setting, with many reporting high levels of depression, anxiety, worry, and stress.

They found that mothers reporting high stress had fetuses with a reduced efficiency in how their neural functional systems are organised.

It is the first time imaging has shown a direct influence of maternal stress on fetal brain development, independent of influences of the postnatal environment.

“The major thrill is that we have demonstrated what has long been theorised, but not yet observed in a human, which is that the stress of a mother during her pregnancy is reflected in connectional properties of her child’s developing brain,” Thomason said.

The researchers found that the cerebellum played a central role in the observed effects, suggesting it may be especially vulnerable to the effects of prenatal or early life stress.

The cerebellum has the highest density of glucocorticoid receptors, which are involved in stress responses, than any other place in the brain.