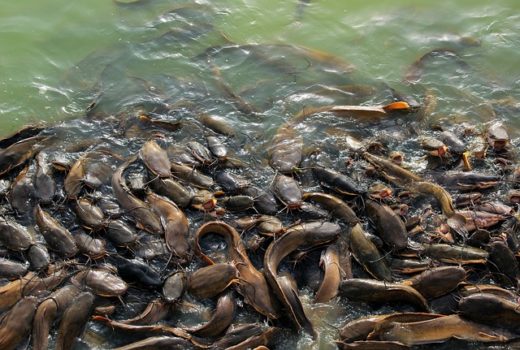 In the spirit of Good Friday, fish dealers in Enugu, say they have recorded boom in sales, expressing happiness over the unprecedented patronage.

Speaking to newsmen in separate interviews on Friday, some of the dealers attributed the boom to the Chiristians’  abstinence from eating meat on a Good Friday  when Jesus ChristFriday whenon took place on the Cross of Calvary.

Mrs Mary Ijezie, a fish dealer at Garki Market said she had transacted so much business since she opened her shop to customers, although she did not disclose the volume of  sales.

According to Ijezie, customers were buying fish, either dried or fresh at exorbitant prices in order to observe the significance of Good Friday, adding that the catholic faithful were prominent among her customers.

She explained that a kilogramme of fish was going to her customers for N1,000 while the largest size of catfish was selling between N3,000 and N5,000.

Mrs Lauretta Abor, a dealer in frozen fish at Ogbete Main Market, also said she recorded good sales since she resumed business, attributing the boom to a large number of Christians who were observing Good Friday.

“We are always prepared for this day because it must surely come for us to make good sales and be happy at the end of the day,” she said.

At Artisan Market,  a customer, Miss Chioma Agu,told NAN  that fish is a highly priced commodity on a Good Friday because many Christians especially the Catholic Faithful would want to mark the day in line with their doctrine.