Of Sowore, Durotoye, Fasua: Rupturing the Fetish of Political Experience 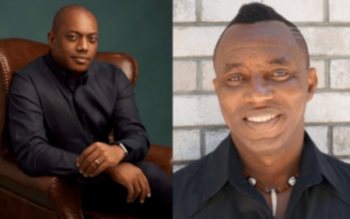 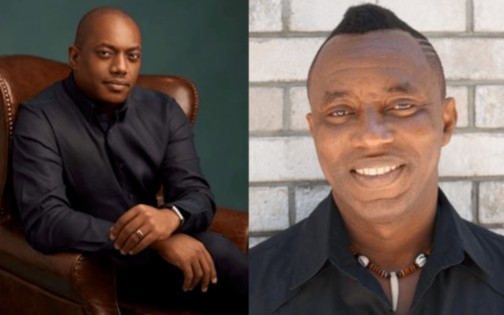 It is true that Nigeria is a complex country. But that only politically experienced folks can effectively and efficiently govern and manage Nigeria in its complexities is a myth that we would be deceiving ourselves to believe in.

Politically experienced folks of today were yesterday’s political rookies. And all over the world, much celebrated political leaders are not super human beings, born with vast experiences in politics, public administration, and governance. In fact, they are celebrated for their noble achievements as leaders, not for their political experience.

This, of course, is not discounting the importance of experience in all human endeavours. Be it in politics, education, sports, business or governance, experience comes with vital lessons that broaden our horizon and deepen capacities.

But, experience does not automatically translate into competence. Or make up for the lack of clear vision on how a nation should be governed. Or substitute for selflessness, open-mindedness, energy, courage and determination to challenge the status quo, all virtues of renowned leaders who have written their names in the sands of time.

With this in mind, the argument in support of electing a politically experienced president in 2019 on the basis of the false assumption that such a person can manage the country better than an outlier should prod us to raise some queries. Because, if electing politically experienced folks is crucial to managing our complexities and is truly an elixir for Nigeria’s myriad challenges, we should not be where we are today as a country.

First, how has the leadership of past presidents, those we regarded as politically experienced and savvy, positively impacted our politics, governance and democracy? Second, has their experience improved their capacities to challenge and change the status quo? Or has it only helped them to manipulate the system to maintain their firm grip on power, and to perpetuate it?

Taking a critical look at the profiles of leaders we have recruited since Nigeria returned to democracy in 1999 and a review of their performances in office, will exhume facts that defeat the view that political experience should count in our choice of who becomes the next Nigerian president.

Regardless of his fairly known political experience, however Jonathan made a big mess of the country, heading a government that took corruption to its zenith in Nigeria’s political history. Today, the country is still suffering from his depths of misdeeds in office.

In 1999, former President Olusegun Obasanjo came into office with huge political experience as a former military head of state (1976-1979). That made many believed he would lay the foundation of a fast developing, politically stable and prosperous Nigeria.

But Obasanjo blew that chance!

Reflecting on how he selfishly pushed for a “third term agenda”, how he infamously declared the 2007 election “a do or die affair”, and how he foisted a terminally sick Umaru Musa Yar’Adua on Nigerians, we can only regret that Obasanjo came into government with huge political experience, just to end up as the architect of Nigeria’s misery.

Then came Goodluck Jonathan after Yar’Adua’s death in office. He was not a rookie in politics when he became the president of the country in 2011. Jonathan had experience as a deputy governor and then governor of Bayelsa State. He served as vice president and acting president at some point before he eventually became president.

Regardless of his fairly known political experience, however Jonathan made a big mess of the country, heading a government that took corruption to its zenith in Nigeria’s political history. Today, the country is still suffering from his depths of misdeeds in office.

Like Obasanjo, President Muhammadu Buhari came into office as a politically experienced leader, haven been a military head of state in the past. But, three years into his administration, sparing a few thoughts on Buhari’s crass disregard for court injunctions, double standards in the much touted ongoing anti-corruption war and how his clannish and highly nepotistic leadership has left the country more polarised along religious and regional lines than he met it, could lead one to depression.

So, what is the point in the debate that politically experienced persons can lead Nigeria better?!

The situations of these new entrants, for me, constitute a drastic departure from how Nigerian intellectuals tepidly folded their hands in the past, allowing criminals, shallow-minded nepotists, intolerant bigots, and corrupt elements dominate and spread their tentacles within the polity.

Outliers like Omoyele Sowore, ‘Tope Fasua, Fela Durotoye, SKC Ogbonnia, Ahmed Buhari, do not need the election rigging experience of Obasanjo. They do not need to be politically experienced and yet be highly incompetent and clueless like Jonathan. Or be experienced in playing the nepotism card like Buhari, whose leadership has widened our dichotomies.

As concerned citizens tired of sitting back and watching the so-called experience politicians wreck the country, these newer figures are taking laudable steps towards public office. Mr. Fasua has led a team that registered a new political platform, the Abundant Nigeria Renewal Party (ANRP), to provide a base for bright young persons in the forthcoming elections, while others have equally done well by throwing in their hats to contest in the forthcoming presidential election. Kudos to them!

The situations of these new entrants, for me, constitute a drastic departure from how Nigerian intellectuals tepidly folded their hands in the past, allowing criminals, shallow-minded nepotists, intolerant bigots, and corrupt elements dominate and spread their tentacles within the polity.

And if we must sanitise our body politic, strengthen our democracy, and break away from our horrible past, allowing outliers with well proven track records in their chosen career paths, clear visions of nation building, energy, courage and determination to challenge and change the status quo, manage Nigeria is one option that we dare not ignore.

Seeing our so-called politically experienced folks across the two most prominent political parties, the APC and the PDP, shamelessly accuse themselves over the reckless looting of the national treasury over the years, points to the fact that our messiah cannot come from amongst them.