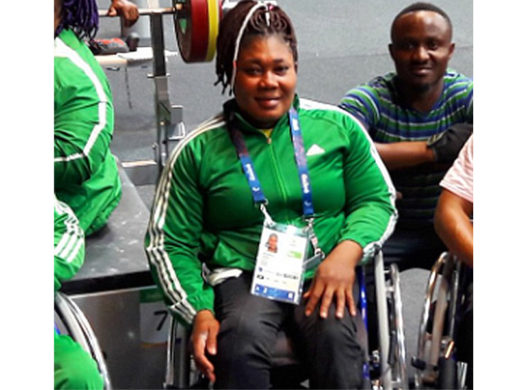 The duo of Paul Kehinde and Lucy Kehinde won silver medals each in the men and women’s events.

Contesting in the men’s lightweight final, Ezuruike became the first Nigerian to claim a gold medal at this year’s edition with a lift of 224.3kg.

The silver medal went to his compatriot Kehinde who lifted 219.9kg, while Ali Jawad lifted 182.7kg to win the bronze medal for England.

In the women’s lightweight, Onyema made a lift of 141.6kg to create a new world record.

Also in the women’s heavyweight, Nwosu emerged tops with a lift of 110.4kg to finish ahead of Louis Sudgen of England (89.2kg) and Joyce Njuguna of Kenya (89.0kg).