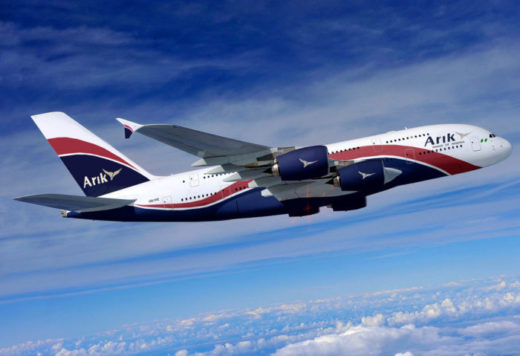 The Federal Government says the full implementation of the Nigeria Aviation Sector Roadmap will result in the transformation of business and economic growth in the sector.

The Secretary to the Government of the Federation (SGF), Mr Boss Mustapha, made the assertion when he declared open the 59th Airports Council International (ACI) Africa Conference in Lagos on Monday.

The conference, organised by the Federal Airports Authority of Nigeria (FAAN), had the theme: “Business Transformation for Sustainable Development of African Airports”.

Mustapha noted that the importance of aviation as a critical tool for social and economic development could not be overemphasised, given its potential for immense contribution to the broader economy.

He said that in 2017, the sector facilitated the movement of over 7.6 billion passengers, 109 million tonnes of cargo and recorded 89 million aircraft movements.

The SGF said that Nigeria had a highly mobile population of 180 million people, which explains the importance the country attaches to the sector and the reason why President Muhammadu Buhari readily approved the hosting of the event.

Mustapha maintained that new strategies must evolve for sustainable development of African airports.

According to him, such strategies include holistic planning for defined development targets, effective and efficient financing plan, and successful implementation.

He said: “The role of partnership with the private sector cannot be overemphasised. All these would be complemented by a reliable legal, institutional and regulatory framework to institutionalise policy.

“In Nigeria, majority of airport infrastructure are government-owned. This administration has continued to promote infrastructural development, facilities renewal and the implementation of policies aimed at facilitating the growth and sustainability of the sector.

“It is clear that the Airport Council International and the Federal Government of Nigeria are in sync on this development of the aviation industry in Africa.

“The full implementation of the Aviation Roadmap, which is progressing in line with milestone targets, will result in the transformation of business and economic growth in the sector.

“This administration is committed to attracting investors and investments into Nigeria and is providing appropriate legislation, infrastructure and security to protect them.

“Our goal is long-term business sustainability and we are happy to have a dependable ally in ACI. ”

Also , Sen. Hadi Sirika, Minister of State for Aviation, said the theme of the conference was very appropriate.

He said this was so because it was coming at a time most African countries, including Nigeria, were intensifying efforts to improve aviation infrastructure to boost the continent’s economic development.

He cited others as the construction of five new International Terminals at the Lagos, Abuja, Kano, Port Harcourt and Enugu airports to expand passenger handling capacity to 15 million annually, and also the ongoing plan to concession airports in the country.

On his part, Mr Saleh Dunoma, President of ACI-Africa and Managing Director of FAAN, said the organisation had focused on safety as a priority, leading to the initiation of the worldwide acknowledged Airport Excellence (APEX) in Safety Programme.

“Nigeria has been in the forefront in striving to attain the highest levels of safety standards, hence with the assistance of the APEX in safety programme, we were able to achieve the certification of our two busiest airports.

“Our goal is to certify all our international airports and we are working tirelessly to achieve that.

“The APEX review for Kano and Port Harcourt were carried out in March, while reviews for Enugu and Kaduna airports are scheduled for June this year,” he said.

Dr Bernard Aliu, President, International Civil Aviation Organisation (ICAO) Council, said ICAO had been working with ACI and other stakeholders to assist states in securing resources and capacities to develop and modernise their aviation infrastructure.

The conference is being attended by over 350 delegates from 42 countries who are member states of the ACI.