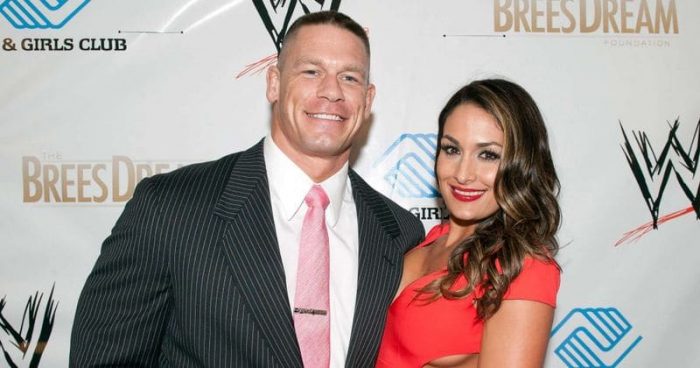 It can be recalled that professional wrestlers Nikki Bella and John Cena got engaged in April 2017 on live TV during a couple’s match. Their wedding which was scheduled for May 5 has now been canceled. In October, the couple announced that they had changed the date due to their schedules.

“While this decision was a difficult one, we continue to have a great deal of love and respect for one another,” the couple, who had been together for six years, said in a statement tweeted out by Bella. “We ask that you respect our privacy during this time in our lives.”

40-year-old John Cena who promoted his movie Blockers, told PEOPLE about how he already felt married to the 34-year-old Total Bellas reality star who he has been dating for 6 years.

“I’m already ready to go there and it sounds nice hearing it,” he said of fans calling Bella his wife. “I know that we will have a wonderful future together because I love the way that sounds.”

John Cena who also spoke with Us Weekly about their relationship last month, admitted that it takes a lot of work.

“Relationships are hard. Don’t ever think that love is easy. Love is beautiful, but we’ve had to come to the realization after being together for five years that love is not easy,” Cena said. “We work every day on us. We have our problems just like everybody else. Some of our problems are very public, some of them aren’t. But we work every day on us. Anytime I get upset, I always just realize that I can’t live without her and I love her and that’s why I cave in on a lot of stuff.”

He continued: “It takes being able to mesh two lives. I would never ever want Nicole to be in a position where she says, ‘I’m holding you back from doing this because I feel it’s wrong for us.’ And I would never say that to her. That’s why she’s super busy and sometimes we don’t see each other for months at a time, but when we do see each other, it’s our time together. I think, for now at least, that is certainly what’s making this work.”