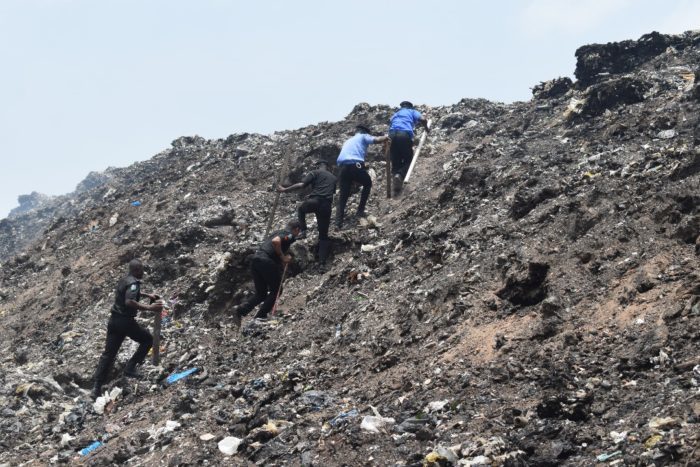 Police at the Olusosun dumpsite on Wednesday

This is in furtherance to Tuesday’s effort by the state government to rid the Olusosun dumpsite off illegal occupants and miscreants.

The operation, which lasted over five hours saw men destroying all the illegal shanties built by the miscreants and used as criminal hideout over the years.

It will be recalled that the Lagos State Government had earlier last month shut down the Olusosun dump site after a massive fire emerged from the garbage causing many residents to flee their abode.

Recovered at the site on Wednesday were one improvised gun, one toy gun, knives and cutlasses.