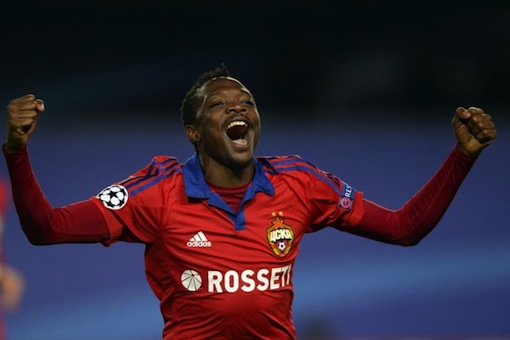 Super Eagles winger Ahmed Musa was in good form as he provided two assists in CSKA Moscow’s 3-0 win against Amkar Perm in the Russia Premier League at the VEB Arena on Wednesday.

Musa, who played the entire 90 minutes in the game, laid the ball for Victor Vitinho’s opening goal a minute before half time.

He also had a hand in the second goal, setting up Russian international Fedor Chalov in first half added time.

Chalov got his second of the game a minute after the hour mark, converting home a good pass from Mário Fernandes.

Samuel, who had a subdued game against his parent club was substituted after half time with Dario Bodul, coming on for him.

Ogude was also substituted for Mikhail Gashachenkov in the 71st minute.

Left-back Bryan Idowu, was however, involved from start from to finish and was booked in the 71st minute.