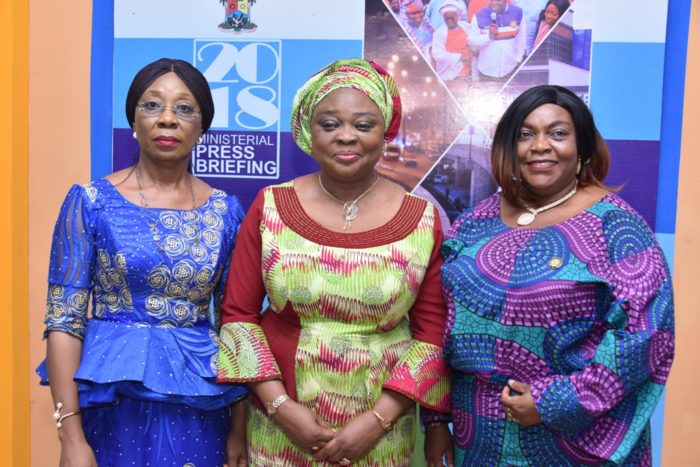 The Lagos State Government on Friday said that at least 18, 184 women and youths were trained in various vocations across the 17 free skills acquisition training centres across the State in the last three years.

Commissioner for Women Affairs and Poverty Alleviation (WAPA), Dr. Lola Akande, disclosed this at the ongoing Ministerial Press Briefing of the Ministry to mark the three years in office of Gov. Akinwunmi Ambode of Lagos State at the Bagauda Kaltho Press Centre in Alausa Secretariat.

Giving a breakdown of the figures, the Commissioner said that 5,724 trainees graduated from the centres in 2015, 7,301 in 2016 while 5,159 were trained in 2017, adding that the ultimate aim was to empower the trainees to reduce poverty, make them self-reliant and also job providers rather than seekers.

Akande, however, expressed concerns over the low enrollment of women and youth into it 17 free skills acquisition training centres across the State.

According to her, the reduction in the number of trainees in 2017 showed that the centres are not being utilized to the maximum.

”Governor Ambode led-administration is committed to alleviating poverty in all forms among the citizens of the State, especially women who have been identified as the chief burden bearer in the families.

”This is why the government is investing in women empowerment, skills acquisition programmes, access to loans and provision of working tools to enable them better their lives and become self-reliant so as to contribute to the development of the state and the nation at large.

”It is unfortunate that these 17 functional skills acquisition centres are not being utilized to the maximum. The training is at no cost and we offer six to nine months training in courses in computer operations, catering and hotel management, fashion designing, cosmetology, barbing, hat making, soap making, decorations, tiling, vulcanizing, tie and dye and the others.

She said at the end of the training session, participants were given certificates and starter packs to help them start off their businesses immediately and contribute their quota to economic growth.

The Commissioner added that in its bid to help sustain the general well being of Women in the State, the Ministry also organized Medical screening for 1,500 women and young adults such as Cervical, Breast, Sugar Level, Blood Pressure, HIV/AIDS, etc, to check their health status.

She said the ministry also handled a total number of 1,313 domestic violence matters and resolved 1,055 cases.