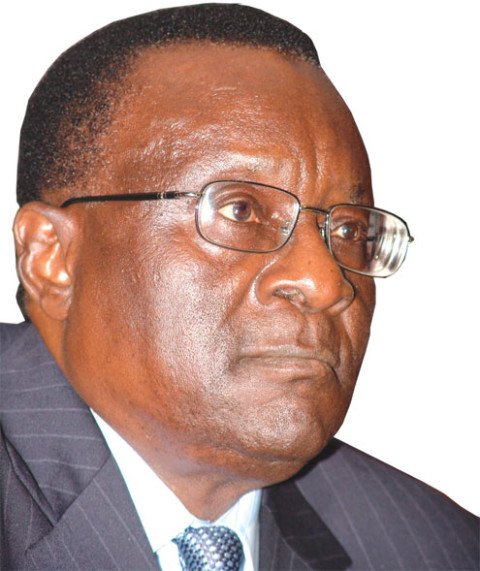 Gov. Akinwunmi Ambode of Lagos State on Sunday urged Nigerians to draw strength from the legacies and exemplary life of the late Chief Gani Fawehinmi.

He urged them to do so in fighting poverty and improving the society for the benefit of generations to come.

Ambode, who was represented by his Deputy, Dr Idiat Adebule, made the call at the unveiling of the remodelled statue of late Fawehinmi at Liberty Park in Ojota area of Lagos.

The unveiling of the statue was in commemoration of the late activist’s 80th posthumous birthday.

Fawehinmi set up the National Conscience Party (NCP) and contested in the Presidential election in 2003.

Gov. Ambode, at the unveiling the 44-feet high statue, described the late legal luminary as a relentless human rights lawyer, social critic and a towering figure in human rights activism.

“This event is a celebration of the life and times of Chief Gani Fawehinmi as well as his contributions to the pursuit of the ideals of democracy and human rights.

“Chief Fawehinmi remains a hero and a role model to many till date.

“His memory would remain evergreen in our minds while his lifetime should encourage us to seek for the greater good of the people in the society.

“As a government, we draw inspiration from his struggles and ideals as we strive to make life meaningful for our people.

“We will continue to keep his ideals alive and pass it on to the next generation,” he said.

According to him, ‘the monument stands as a testimony of Fawehinmi’s strength and courage.

“He will continue to inspire us as we forge ahead with the mission of building a better society,” Ambode said.

A legal practitioner, Mr Femi Falana (SAN) described the new Fawehinmii statue as the best monument in the country.

Falana said Fawehinmi was a thorn in the flesh of dictators as he was totally committed to fundamental change — Change from poverty to prosperity.

He appreciated Gov. Ambode for investing in the remodelling of the statue in honour of Gani and his legacies.

”It is a mark of greatness to honour great people like Gani who stood for justice, accountability, transparency and equity.

”I want to appeal that the streets named after British administrators who carted away with our country’s resources should be changed to names of our countrymen who have contributed positively to good governance,” Falana said.

Mr Ayodele Akele, Secretary, National Conscience Party (NCP), who also expressed happiness over the remodelling of the statue, said it was a birthday gift to the family, friends and associates of Fawehinmi.

Also speaking, Mr Isa Aremu, Vice President, Nigeria Labour Congress described Fawehinmi as the defender of the masses who was always on the street to protest against bad governance.

Aremu said Fawehinmi also fought a legal battle to ensure that the Independent National Electoral Commission could register as many political parties as possible.

“Gani is our mentor because he was with us totally on the street during protests.

“The best way we can all honour him is to sustain his legacies,” Aremu said.

The Convener of the Women Arise for Change Initiative, Dr Joe Okei-Odumakin, said Fawehinmi gave all his resources, time and energy to defend human rights.

”We should imbibe all he lived and died for — justice, good governance, equity, accountability, adherence to rule of law.

“Gani will continue to live in the sub-consciousness of all Nigerians,” she said

“When the old statue of Gani was being dismantled, we were not happy and we protested, but now we are very happy with the new statue.

“This statue represents all that Gani lived and died for. He will continue to live on,” he said.

Responding, the first son of the late Fawehinmi, Mr Mohammed Fawehinmi, who spoke on behalf of the family, thanked the state governor.

“I’m overwhelmed seeing this statue and I’m saying a massive thank you to Gov. Ambode for honouring our father with this statue.

“It is an indelible work of Art that will place the name of Gani in the global map and it will go into the Guinness book of records no doubt — a statue of 44-feet, it is unbelievable.

“I have a feeling that I will dream about this because when I attended the last unveiling of the old statue, for about three months consecutively I was dreaming of my father telling me things.

“So, I think with this one he will still speak to me,” he said.

Mohammed appealed to Gov. Ambode to listen to the yearnings of the residents of Lagos by scrapping the Land Use Charge.

We appreciate the Governor’s efforts in driving development and making Lagos a megacity, but he needs to listen to the yearnings of the people,” he said.

Mohammed also urged the Federal Government to intensify its efforts to address the challenges facing the country, especially the herdsmen killings.

According to him, the nation’s natural resources can be utilised to take the country out of its current challenges.

Earlier, the Sculptor of the statue, Mr Olurotimi Ajayi of Modupe Studio appreciated Gov. Ambode for the opportunity to use creative arts to develop tourism as well as create employment for artistes.

Ajayi also commended the state government for investing in the statue of Fawehinmi, a promoter and defender of the rights of the citizens, as it would serve as an inspiration to the younger generation.

“Visual arts feeds on perception. This statue will sell our local creativity and skills, and investors would be attracted.

”A society that values its heritage and culture is educating and counselling the younger generation on positive pathway, ” he said.

In his address, Mr Steve Ayorinde, Commissioner for Tourism, Arts and Culture said that the remodelling of the Gani Fawehinmi statue was part of the State’s strategy to enhance the aesthetic beauty of open public spaces and parks across the state.

Ayorinde said the remodelling of monuments across the state was to celebrate and immortalise worthy icons that contributed immensely to the development of Lagos State.

He said the statue was also informed by the desire of the state government to project and entrench the enduring legacy of the country’s foremost human right lawyer.

Fawehinmi, he said, was also an activist, philanthropist and one of the icons of pro-democracy movement in Nigeria.