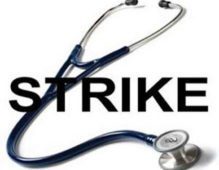 The Sokoto State Zakkat and Endowment Commission, on Sunday, condemned the strike embarked upon by the Joint Health Sector Union (JOHESU).

The Chairman of the commission, Malam Lawal Maidoki, described the action as illegal, inhuman, and unlawful going by the teachings of Islams.

Maidoki was speaking at the monthly disbursement of medical support to various Zakkat committees in Hospitals and pharmaceutical shops across the state.

The Chairman, who is also the National President, Da’awa Coordination Council of Nigeria, said that the union’s action would impact negatively on the health sector.

“This action taken by JOHESU can only hamper our development as a country with a large population.

“As such, we condemn the action and see it as illegal, inhuman and unlawful going by the teachings of Islam, as nothing could be achieved by it.

“Moreover, we have patients, who could not afford medication under our care in various hospitals across the state.

“However, such patients are mostly psychiatric and have no any relative to take care of them, as such the development worsen their situation to be discharged from the hospital, ” he said.

He appealed to the Federal Government and the National Assembly to enact laws that would restrain health workers from embarking on strike as in the case of police and military officers.

Maidoki further said that the commission disbursed N10.45 million as health assistance to the various hospitals and pharmaceutical shops across the state.