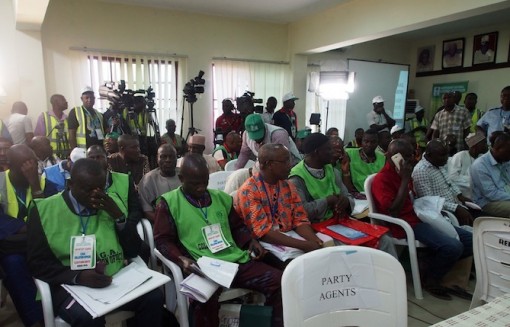 The Independent National Electoral Commission (INEC), has called for the regulation of campaign finance of political parties in the country.

Mr Paul Atser, INEC Administrative Secretary in Kwara made the call on Wednesday at the opening of a two-day training workshop on Campaign Finance Tracking and Reporting for INEC staff.

Atser agreed that money and other resources were required for the running of political parties and for candidates and aspirants to fund their campaign.

“However, in a society such as ours, there is the need for regulations to be put in place to regulate the undue influence of money in politics,” he said.

The administrative secretary said it would also prevent subversion of the will of the people through the use of money.

Atser expressed worry about the overbearing influence of money in politics as exemplified in some recently conducted elections.

“The creation of Campaign Finance Tracking unit in the Department of Election and Party Monitoring (EPM) is part of efforts at tracking this worrisome trend.

“The provisions in this regard in the Constitution, I believe, have been well thought of in order for stakeholders to uphold the supremacy of the constitution,” Atser added.

He said that INEC had been charged by the constitution to monitor political campaigns and provide rules and regulations which should govern the conduct of political parties.

“The commission is also charged with the responsibility of monitoring the organisation and activities of political parties, including their finances.

“It is in the light of this that the workshop is significant particularly as it relates to the monitoring of political parties’ finances,” Atser said.

He said campaign finance tracking and reporting would curtail money laundering, provide level playing ground for all parties and ensure accountability and transparency.

“It will also curtail the use of state resources to unduly support or undermine a particular political actor or party.

“It is, therefore, a welcome development that the capacity building of INEC staff is being embarked upon for the purpose of giving effect to the provisions of the law as it is in the Constitution, Electoral Act and guidelines for political parties,” Atser said.

Prof Antonia Simbine, National Commissioner in Charge of Election and Party Monitoring, in her address, said the commission did not have enough capacity to carry out the monitoring of campaign finance.

She however, said that INEC would collaborate with other agencies of government like the National Broadcasting Commission (NBC), ICPC, EFCC and CBN to effectively track campaign finances.

Simbine said that the constitution provided a limit to campaign fund during election, adding that every elective position had a limit to which they could spend for campaign.

The National Commissioner expressed the hope that whatever INEC was able to track and report during elections would be forwarded to relevant government agencies and took the next step in the discharge of its duties.

She noted that there was a lacuna on what should happen to report of campaign finance, adding that it was the responsibility of INEC to track and report them.