NGO calls for collaboration between academia, IT industry to bridge skill gaps 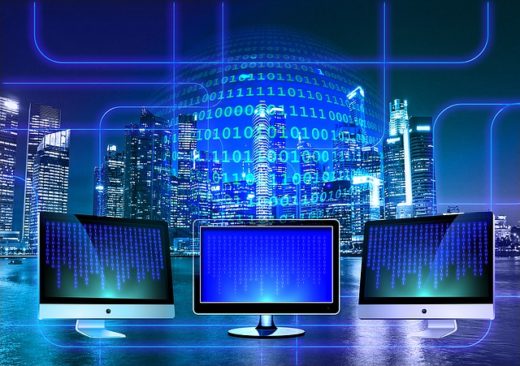 The “Young Innovators of Nigeria’’ (YIN), an (NGO), on Wednesday called for synergy between the academia and Information Technology (IT) industry to bridge the gaps in IT skills ecosystem.

Mr Andrew Abu, President of the group made the appeal during the presentation of its “Connect to Change IT Skill Gap Research’’ at the ongoing conference of Academia in Information Technology Profession (AITP) in Abuja.

The theme of the conference is “Information Technology for Promotion of Quality Education, Research and Local Content Development.”

According to Abu, the tertiary institutions form the basis for the development of skills in IT, but the fundamental knowledge required for IT graduates to thrive in the industry is lacking.

“It is an enabler to solve problems in all areas and the university is the basis to develop skills.

“There is the need for the reform of IT education which has the potential to grow the country’s economy and create jobs for our young population.”

The president said that the teaching module in tertiary institutions needed to involve more practicals to meet up with the required skill in the industry.

He further said that the lack of sufficient practicals in IT courses was responsible for the poor turnout of graduates in the area.

Abu also said that poor graduates in IT had contributed to unemployment and underemployment of individuals who desire jobs in the sector.

Also speaking, Prof. Afolayan Olaniyi, President, Academia in Information Technology Profession (AITP), said that the quality of graduates in IT area of study had made them unemployable.

Olaniyi observed that poor funding had contributed to the quality of education of IT graduates.

He however said it was important that the academia and the industries utilise what was available in the country to develop local IT products.

According to him, the best way to solve challenges in the country is the application of IT.

He, however, said it was necessary for experts in the IT industry, to mentor students in tertiary institutions for better skills.

The chairman of the conference, Prof. Ishaya Tanko, who is also the Director, ICT University of Jos, said that IT curriculum in tertiary institutions was obsolete.

He said that the curriculum require an upgrade to measure up to the demands of the industry and in line with global curricula.

He also said that the industry and the academia need synergy to function better, adding that no organisation could exist in isolation.

Mr Samson Osagie, Executive Director Marketing and Business Development Nigeria Communication Satellite (NIGCOMSAT), said with the collaboration of partners like YIN, the organisation could use locally made applications to consolidate national security.

Osagie added that the organisation was working assiduously to launch the country’s satellite to ensure the furtherance of IT development in the country.

Represented by Dr Christopher Okeke, the Director Cyber Security, the D-G said that they were encouraging local application development to reduce importation of apps that could be locally made.

He said NITDA would only encourage importation of applications where it could not be locally produced.

He was of the view that encouraging local content would reduce capital flight of IT products and services.

Pantami said that gaps in IT skills were not to be blamed on either the academia or the industry, adding that Nigerians were skillful and the enabling environment would make the sector to thrive.

Oni stated that all the practitioners were of the view that IT graduates could not marry the experience in school with the industry requirements.

The News Agency of Nigeria (NAN) reports that 169 Nigerian IT companies were used as a case study for the research.