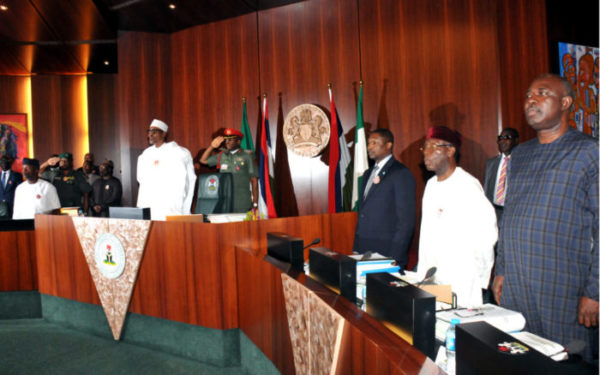 The Federal Executive Council (FEC) on Wednesday approved N10.7billion for the establishment of new 10 rice mills and N68.6 billion for road projects across the country.

This was disclosed by the Ministers of State for Agriculture, Heneiken Lokpobiri and that of Power, Works and Housing, Babatunde Fashola after the Council’s meeting chaired by President Muhammadu Buhari at the Presidential Villa, Abuja.

Lokpobiri said that the Council approved the 10 rice mills with the capacity to produce 100 tonnes per day, and the mills would be managed by private rice millers.

“”Today the Federal Executive Council approved the establishment of 10 very large rice mills to enhance the milling capacity of rice value chain in the country.

“”Few years ago it was reported that this country needs a minimum of 100 large rice mills. As of today we have about 21 but Federal Government in its wisdom decided that today we should approve the establishment of 10 at the total cost of N10.7billion.

“”These would be given to the sector to manage which they will be pay back within a given time frame as it would be agreed between the Bank of Agriculture and the Rice Millers,’’ he said.

According to the minister, the mills will be located in Kebbi, Zamfara, Benue, Kogi, Bayelsa, Anambra, Kaduna, Ogun, Niger and Bauchi states.

Fashola disclosed that N64.108 billion was approved for additional work on 43 kilometers part of the Section one of the Lagos-Ibadan expressway.

According to him, the new approval is to accommodate the changing factors occurring on the project and also to modify the bitumen for the road in order to withstand the heavy vehicles passing through the road.

“”This covers Glover leaves, pedestrian bridges, toll plazas for that section so as to accommodate changing nature of that road since conception.

“”So, many new structures, religious institutions, factories, universities and increased human activities that have come up along that road.

“”The inherited design didn’t provide for all these at all. The second section under RCC about 80 kilometers will come to Council to incorporate similar works including drainage works e.t.c when we finish procurement,’’ he said.

The Senior Special Assistant to the President on Media and publicity, Garba Shehu, who also addressed the correspondents on the outcome of the meeting, disclosed that N10 billion was approved to fight erosion in the country.

“This is the fourth quarter soil erosion, flood and pollution accelerated intervention projects worth about N10 billion. These are projects that cover the length and breadth of the country.” he said

He also disclosed that 460 million dollars was approved to facilitate usage of new buildings located at main airports in the country, which could not be put to use at the beginning of this administration.

“”The previous administration awarded contracts for the construction of new buildings in our major airports in Lagos and Abuja and nobody can use them.

“”So, government today awarded a new contract for variation and additional contracts for new passenger and cargo terminals and a lot of other works to facilitate their usage including in the case of Lagos and Abuja improvement to enable jumbo aircraft and airbus 380 to be able to land in both cities (Abuja and Lagos).

“”The rail terminal will be accessible from arrival hall in Abuja at the cost 460million dollars,’’ he said.

He said the council also approved N1.57 billion as payment for all the outstanding liabilities to the contractor that executed the Azare-Jere water project which he said was a spill off from the Gurara Dam pipeline water transfer project.