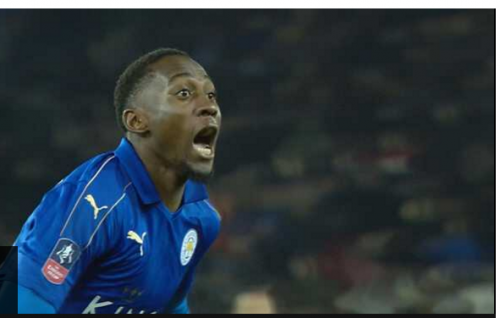 Leicester City manager Claude Puel says he hopes Wilfred Ndidi recovers in time from a hamstring injury to be part of Nigeria’s squad to the 2018 FIFA World Cup in Russia.

The Ndidi picked up the injury in Saturday’s 5-0 loss to Crystal Palace.

He was consequently replaced by Aleksandr Dragovic in the 51st minute of the encounter  following the injury.

“I hope it is not a serious injury for Ndidi and I hope he can play in the World Cup, all the scenarios today were bad for us. We will see,” Puel was quoted as saying on the club’s official website on Sunday.

“It is a hamstring injury. I hope it is not serious of course because it is an important moment.”

The midfielder has featured in 33 Premier League games for the Foxes this season and has recorded four assists.

He played a key role in Nigeria’s qualification for the 2018 FIFA World Cup in Russia in a group that has African heavyweights, Cameroon and Algeria.

Super Eagles head coach Gernot Rohr will also hope the player shakes off the injury in time to be part of his squad to the mundial.