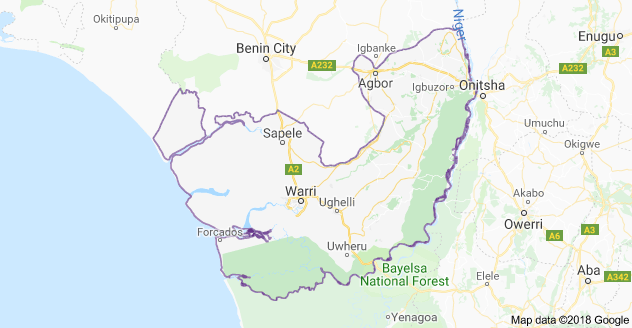 Mr Fidelis Tilije, the Commissioner for Water Resources in Delta, says the state government will strive to ensure the completion of the Ogwashi-Uku Dam, a Federal Government project.

He gave the assurance in Asaba on Monday at the Ministerial Press Briefing, which was organised by the state Ministry of Information.

Tilije said that the multi-million naira dam project, which was initiated in 2006 by the Federal Ministry of Water Resources, had since been neglected.

He said that due to the importance of the dam as a channel for irrigation and water supply to several communities, including Ogwashi-Uku, Ubulu-Uku, Ibusa, Okpanam and Asaba, among others, the state government had been appealing to the Federal Government to complete it.

Tilije said that the state government would do all within its powers to support the project and ensure that it was not abandoned.

“We can’t wait to see the multi-million naira Ogwashi-Uku dam project waste away.

“Our in-house study tells us that this dam with its water treatment plant has the capacity to supply potable water to Ogwashi-Uku, Ubulu-Uku, Issele-Uku, Onicha-Ugbo, Ibusa and Asaba, the state capital.

“We have been piling pressure on the Federal Ministry of Water Resources, not to only complete the dam but also to hand over the operations and management of the dam to the state,’’ he said.

Tilije said that the state government had over the years maintained a robust relationship with the Federal Ministry of Water Resources in spite of differences in political party affiliation.

“Accordingly, we were appointed a member of the 10-member committee to partner with the World Bank to review and recommend strategies as well as policies that will enable the quick revitalisation of water supply programmes in Nigeria.

“The major element of the report is our recommendation for an immediate declaration of a `State of Emergency’ in the Nigerian water sector and a mandatory minimum of 10-per-cent provision for the sector in national and state budgets annually,” he said.

Tilije said that the efforts of his ministry to provide potable water for the citizens had been yielding positive results, adding that an executive bill on the testing of all water sources in the state was currently before the state House of Assembly for passage.

He said that the ministry was also planning to construct drains for liquid waste disposal in various parts of the state so as to ensure safer environment and boost the government’s revenue.