Lagos says Eko Atlantic City will be completed in 2019 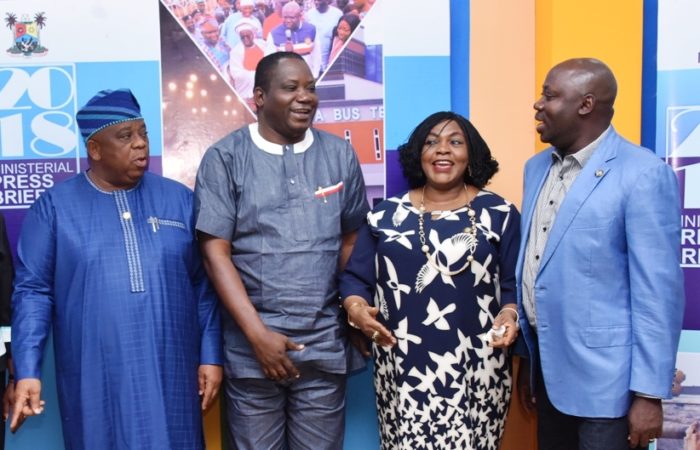 Lagos State Government on Thursday said the phase six of the Eko Atlantic City, in Victoria Island will be completed in October 2019.

Adejare stated that the flagship project designed to stand on 10 million square metres of land reclaimed from ocean had six phases of implementation.

“Phase one and two have already been completed with roads, portable water to World Health Organisation (WHO) standards, fibre optics and advanced telecommunication facilities and over 10,000 trees planted within the city in recognition of the Lagos State Government initiative to plant one million tress in the state. The new city emerging will change the aesthetic of the coastline and real estate market,” he said.

He also said work was progressing steadily on the construction of nine jetties with shelter and shoreline protection and channelization of four new ferry routes as part of efforts to boost water transportation in line with the multi-modal transport policy across the State.

Adejare said the projects, upon completion, would transform water transportation and thereby contribute to the vision of the present administration to reduce pressure on road infrastructure.

He said: “The jetties which are at various stages of completion ranging from 90 per cent to six per cent, essentially involves the construction of modern concrete jetties with shelter and shoreline protection across the riverine areas of the State.

“The work done and on-going include construction of reinforced concrete jetty supported by 24 number of concrete piles, hydraulic sand filling to be paved using 60mm paving stone, chrome handrail with canopy over the jetty, fenced waiting area, street light, waiting shelter with concrete seats, toilets for male and female, soak-away, among others.”

On channelization of four new ferry routes, Adejare said the project was conceived to improve water transportation, adding that it would be completed with new world class comfortable ferries already ordered to be procured by the State Government to convey people through the waterways.

According to him, “The four channelization projects are at various stages of completion and are progressing satisfactorily with Ijede-Badore route at 40 per cent, Baiyeku-Ajah route at 70 per cent, Ebute Ojo-Marina at 60 per cent, and Ijede-Marina at 35 per cent completion.

“The projects involve the dredging of ferry routes, creating a path of 40meters width and four meters minimum depth to accommodate bigger boat movement. With the population of the State progressing numerically, there is the need to intensify and compliment the predominantly road based transportation in the State with water transportation in order to move large number of people from one point to another,” Adejare said.

On other activities of the Ministry, the Commissioner said in response to challenges posed by climate change and global warming with attendant rise in ocean level resulting in coastal erosion, the State Government embarked on holistic measures to protect coastal communities, saying it was gratifying to report the completion of the first and second phases of shoreline protection from Goshen Estate to Alpha Beach in Eti-Osa Local Government Area.

“In effect, about 7.2kilometer stretch of the shoreline has been protected against ocean surge. What I can assure Lagosians is that the projects would not be limited to Alpha Beach, it would get to our border with Ogun State,” Adejare said.

Speaking on other projects, the Commissioner said the first phase of the reclamation and protection of Badagry Marina involving shoreline protection had been completed with additional 208metres, while within the last three years, the government completed the delivery of Epe Marina, reclamation of Lekki Foreshore scheme, Orange Island and Alaguntan/Okunkobo/Olomometa in Ojo local government.

He listed other major projects ongoing to include Oworonshoki land reclamation, Eko Atlantic City, among others.

Responding to questions from journalists, Adejare said the State Government, through the Ministry, intensified monitoring activities involving dredging and operation of private beaches, adding that arrangements were being firmed up to engage professional beach guards to forestall any form of casualties.