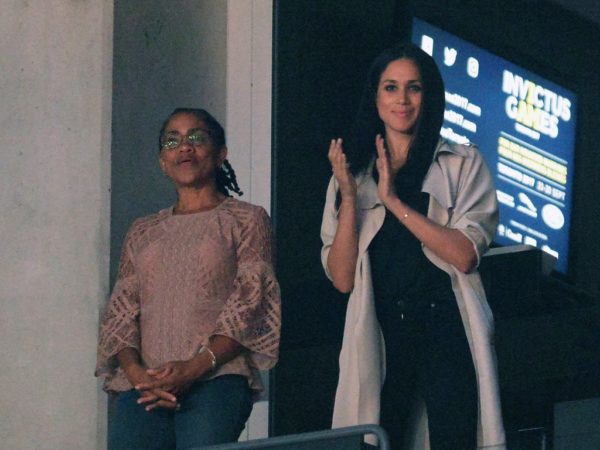 In a (modest) departure from convention, Meghan Markle will be accompanied to St. George’s Chapel by her mother, Doria Ragland, for her wedding to Prince Harry. Her father will walk her down the aisle.

Any child of divorce will tell you that planning a wedding can be contentious, even without the involvement of 5,000 journalists, a thousand-year-old castle, the Royal Gurkha Rifles and the archbishop of Canterbury.

The American actress Meghan Markle has lobbied behind the scenes to create a role for her mother, Doria Ragland, in her wedding to Prince Harry on May 19.

Ms. Markle’s parents split when she was young, and she was largely raised by Ms. Ragland, a yoga instructor and social worker. The two remain very close, and there was some speculation that Ms. Ragland would walk her daughter down the aisle.

In past royal weddings, the bride’s mother has remained in the background, ceremonially upstaged by the bride’s father, who accompanies her to the venue and then walks her down the aisle.

This time will mark a (modest) departure from convention: Ms. Ragland will ride with her daughter to St. George’s Chapel, and then her father, Thomas Markle, will walk her down the aisle.

“It’s always been the father,” said Dickie Arbiter, a former spokesman for Queen Elizabeth II. “In a wedding, the mother doesn’t have a role. Meghan is making sure her mother does.”

Ms. Markle may still want to keep some ibuprofen on hand. On Wednesday, In Touch magazine published a handwritten letter to Prince Harry from her estranged half brother, Thomas Markle Jr., who is not on the guest list, urging him to call off the wedding.

“It’s very apparent that her tiny bit of Hollywood fame has gone to her head,” Mr. Markle wrote. “To top it all off, she doesn’t invite her own family and instead invites complete strangers to the wedding, ‘who does that.’ ”

Kensington Palace offered new details on Friday about the wedding, though they were not necessarily the details the journalists present were hoping for. (Examples of questions left unanswered: “Will Meghan Markle’s family be given a coat of arms?” “Will we get a kiss?” “Is it in your power to alter the Heathrow flight path?” “Can you provide any information about whether the princes will do an ‘impromptu’ walkabout the day before?” “When are we going to get that snog?”)

To most of these, Prince Harry’s communications secretary, Jason Knauf, promised “operational guidance” closer to the wedding, as if the journalists were preparing to embed with military units.

It emerged that Ms. Markle would not have a maid of honor — “she has a very close group of friends, and she does not want to choose one over another” — and that her bridesmaids, in accordance with royal tradition, would be children. Her parents, upon arriving in London, will be introduced to the queen, the Duke of Edinburgh, the Prince of Wales, the Duchess of Cornwall, and the Duke and Duchess of Cambridge.

Prince Harry has spent time with Ms. Ragland, and was reported by People magazine to have asked her permission for Ms. Markle’s hand. His first meeting with his father-in-law will be the week before the wedding.