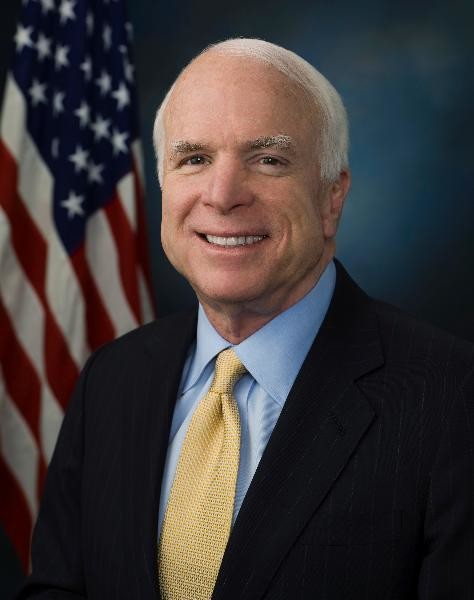 Sen. John McCain, who was a former U.S presidential candidate, is organising his funeral and has barred President Donald Trump from attending when he dies.

The Arizona Republican Senator loathed Trump so much that he planned to dish him from beyond the grave, reports said.

The ailing Arizona Republican, who has brain cancer, is organising his funeral – and close associates have reportedly told the White House that Trump would not be invited.

Instead, Vice President Mike Pence, who served with McCain in Congress, would be asked to attend the service, the New York Times reported on Saturday.

The funeral ceremony for the former Republican Presidential candidate would be held at the National Cathedral in Washington, D.C.

A stream of politicians, including former Vice President Joe Biden and former Sen. Joe Lieberman of Connecticut, have been visiting McCain at his Arizona ranch and a nearby hospital in recent weeks.

Trump’s long-running feud with McCain has roots in the early days of the 2016 presidential race.

The senator criticised Trump for disparaging Mexican immigrants in the June 2015 speech in which the president declared his candidacy.

Three weeks later, Trump called McCain “incompetent” and dismissed his experience as a prisoner of war in Vietnam.

McCain is seen as one of the most respected U.S. politicians, who enjoys a cross-party goodwill among politicians.

He fought in the U.S. military war in Vietnam and was a prisoner of war.

During the Vietnam War, he was almost killed in the 1967 USS Forrestal fire.

While McCain was on a bombing mission over Hanoi in October 1967, he was shot down, seriously injured, and captured by the North Vietnamese.

Taken prisoner after his plane was shot down, he suffered five and a half years of torture and confinement before his release in 1973.

He was the Republican nominee for President of the United States in the 2008 election, which he lost to Barack Obama.