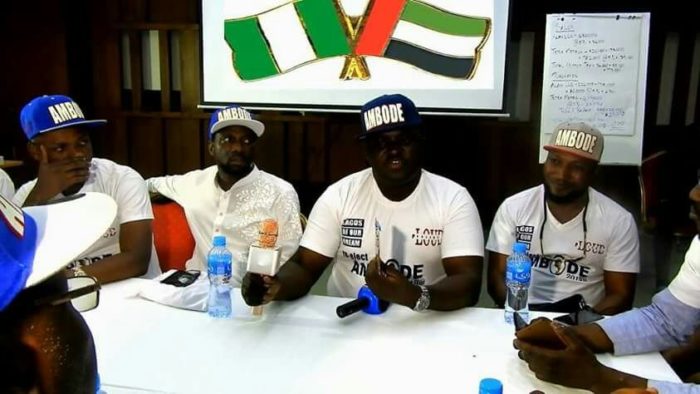 The group, under the auspices of Yoruba Traders in Dubai, said the decision to unanimously endorse the Governor for re-election during the 2019 general election was due to deliberate initiatives put in place to create conducive atmosphere for investment to thrive, among other laudable projects across all sectors and sections of the State.

Speaking while meeting with representatives of the State Government in Dubai during a startegic meeting on investment opportunities in the State, President of the group, Hajj Nasir Adjumat said it was on record that the Governor had performed credibly well since his assumption of office on May 29, 2015.

“The Governor has invested massively in security of lives and property which in turn is encouring commerce and economic activities to thrive. There is Light Up Lagos Project, One Lagos Fiesta, Lake Rice, N25billion Employment Trust Fund, among other laudable initiatives.

“In view of the giant strides of Governor Ambode in office so far, we are unanimously endorsing him for another term in office to continue the good works across the State,” Adjumat said.

In their remarks, representatives of the Governor and leaders of Project LOUD (Lagos of Our Dream), Mr. Abiodun Yinusa and Prince Kenny Bakare called on Nigerians in U.A.E to come home and invest in Lagos, saying the State Government since the inception of the present administration had been working hard to make the State work for all.

While addressing group which included representatives from the Yoruba Forum U.A.E, Oodua Progressive Union (OPU) U.A.E, The Nigerian Community U.A.E and Head of Yoruba Traders in Dubai, Yinusa said it was gratifying to report that Governor Ambode has repositioned Lagos State as the global gateway for Africa and an easy place to do business.

“On behalf of Governor Ambode, I would like to thank you for this endorsement and we know that it is a call to further service.

“The Governor has repositioned Lagos State as the global gateway to Africa and has also put deliberate policies in place to enhance ease of business. The Governor is giving us Lagos of our dream and he is committed to sustainable growth and development of the State.

“The endorsement, no doubt, will definitely spur the Governor to do more for the residents, investors and visitors,” Yinusa said.

The meeting was attended by executive members of the group including the Baba Oja of Dubai, Alhaji Azeez Jalabia.