RCCG, MFM, Daddy Freeze: Pray That Enemies Should Die, Why Not? 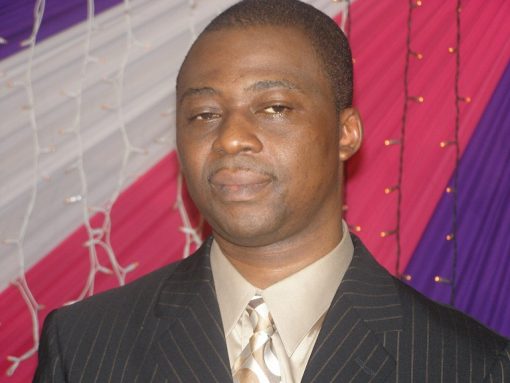 Jesus Christ said in Mark 5:44, “But I say unto you, Love your enemies, bless them that curse you, do good to them that hate you, and pray for them which despitefully use you, and persecute you;”. So does this mean anyone that hates you or sets foolproof traps for you, or shows real animosity towards you, you should not pray against them? It may depend. Is it possible Jesus was talking generally about love, forgiveness, attitude towards haters and to shun bitterness? Probably!

The strength of any enemy could determine the reaction as a Christian – maybe – on what prayers to say. There are all kinds of enemies in any individual’s life, especially those that cannot be seen, or far powerful.

One of the most prominent examples of prayers against a powerful enemy, in the Epistles, was Herod.

Acts 12:1-4 “Now about that time Herod the king stretched forth [his] hands to vex certain of the church. And he killed James the brother of John with the sword. And because he saw it pleased the Jews, he proceeded further to take Peter also. (Then were the days of unleavened bread.) And when he had apprehended him, he put [him] in prison, and delivered [him] to four quaternions of soldiers to keep him; intending after Easter to bring him forth to the people. ”

But Bible says in Acts 12:5 “Peter therefore was kept in prison: but prayer was made without ceasing of the church unto God for him.”

We were not told what kind of prayer was made for Peter, but an Angel rescued Peter.

Acts 12:19 “And when Herod had sought for him, and found him not, he examined the keepers, and commanded that [they] should be put to death. And he went down from Judaea to Caesarea, and [there] abode.”

Subsequently, Acts 12:21-23, “And upon a set day Herod, arrayed in royal apparel, sat upon his throne, and made an oration unto them. And the people gave a shout, [saying, It is] the voice of a god, and not of a man. And immediately the angel of the Lord smote him, because he gave not God the glory: and he was eaten of worms, and gave up the ghost.”

A pastor saying pray against the enemies is probably on the assumption that people are at war against elite enemies, who want to kill, steal and destroy. Maybe!

In 1 Samuel 17:46, David was speaking – or say, praying, against an enemy he had to confront, “This day will the LORD deliver thee into mine hand; and I will smite thee, and take thine head from thee; and I will give the carcases of the host of the Philistines this day unto the fowls of the air, and to the wild beasts of the earth; that all the earth may know that there is a God in Israel.”

In the book of Esther, Mordecai had to pray and fast, including with Queen Esther, against Haman.

Paul and Silas, Acts 16:25 “And at midnight Paul and Silas prayed, and sang praises unto God: and the prisoners heard them.”

Acts 16:26, “And suddenly there was a great earthquake, so that the foundations of the prison were shaken: and immediately all the doors were opened, and every one’s bands were loosed.”

Acts 16:27, “And the keeper of the prison awaking out of his sleep, and seeing the prison doors open, he drew out his sword, and would have killed himself, supposing that the prisoners had been fled.”

Paul and Silas probably prayed that Lord deliver us from this prison, and maybe the Lord, disgrace the enemies. They, maybe, did not need to pray directly for the death of the keeper of the prison because it may not have had any effect on their freedom, but the general prayer was fervent enough, the keeper almost killed himself.

So, praying defeat and destruction, generally, against a powerful enemy maybe a norm, and it is not a bad thing.

Christ Jesus himself prayed in agony at the Garden of Gethsemane, Matthew 26:39, “And He went a little further, and fell on his face, and prayed, saying, O my Father, if it be possible, let this cup pass from Me: nevertheless not as I will, but as Thou [wilt].”

Christ Jesus was – probably – praying against what was ahead. The sorrows still came, but the ultimate goal of the enemy, which was to hand him a lasting death – failed. It is possible the sorrows that came during His tribulations were tapered because of some of His prayers at that garden – where His sweat were described as blood [Luke 22:44, His sweat was as it were great drops of blood falling down to the ground.]

Christ Jesus prayed, “O my Father, if it be possible,” so prayers against the enemy are still subject to answers by the Lord GOD. Some people probably prayed against Saul, before he became Paul, but the Lord had plans for Him. But enemies like Herod, Goliath, Haman, etc., would probably never repent so.

The example of the Cross was a perfect one, after effective prayers to not be bitter, rather – to forgive, and avoid arguments with askew stupidity at high points of persecution. [Luke 23:34, Then said Jesus, Father, forgive them; for they know not what they do]. [Luke 23:37, and saying, if thou be the king of the Jews, save thyself – (Christ Jesus ignored)]

David prayed hard against his enemies, for example [Psalms, 35, 109, 59]. But when he had opportunity to kill Saul, he didn’t. When Absalom died, he wept. So David too had a mind of forgiveness. Had David been present when Saul died, he probably would have acted like Paul and Silas to the keeper. Elijah was not so nice to his enemies, but the one he refused to confront seemed to cut short his service. Moses too at the Red Sea, said they will not see the enemies again, it happened.

Solomon did not pray against the enemy, [1 Kings 3:11 And God said unto him, Because thou hast asked this thing, and hast not asked for thyself long life; neither hast asked riches for thyself, nor hast asked the life of thine enemies; but hast asked for thyself understanding to discern judgment.]; Maybe because he had no imminent wars, who knows? But still answers to prayers are decisions of the Almighty GOD. [Psalm 115:3, But our God [is] in the heavens: he hath done whatsoever he hath pleased.]

In personal experiences of people, there are all kinds of enemies and haters, some are gross and others are mild, but depending on how far they are willing to go, one’s prayers may also go the distance.

Sin can also be an enemy to pray against, there are several verses. Hebrews 12:1, 4; 1 Corinthians 6:18; 1 Thessalonians 5:22; Watch and Pray too, and more are examples of how one should treat bad habits, and sins. [Matthew 26:41, Watch and pray, that ye enter not into temptation: the spirit indeed [is] willing, but the flesh [is] weak.] [Hebrews 12:4, Ye, have not yet resisted unto blood, striving against sin.]

But Christianity is about Faith and many times about Prayers; there are several Scriptures on examples of those who prayed, and advised others to pray. [Romans 12:12, rejoicing in hope; patient in tribulation; continuing steadfastly in prayer.]

This newly found interest in Nigeria of Church hate is strange. Nigeria is frighteningly underdeveloped. Government seems confused. It is possible to hate the Church for whatever you have against them, but, before you conclude your blames, you should blame the Government for everything times 500 first.

If you want factories, do market survey of what products would sell at a certain location, then what factory would be needed; monger your study to organizations including local governments, States, Churches, Mosques and business around there – if they’ll support. Hopefully, there will be electricity.

Some people left Nigeria desperately because they didn’t find hope in the country. Many stayed, but Churches are places to go for Faith – the reality of what is hoped for, the proof of what is not seen. There are several institutions whose works are far more important to direct development of Nigeria than Churches.

Church is supposed to be about Christ and the concern of people who believe on Him. Church is not a public project for public fights. RCCG or MFM Pastors, or others can say whatever they want to their members, who cares?

Oh, Daddy Freeze. He created a miasma of Church hate and many love him for it. But you know what, all his argument and debates against the Church are so useless to development, Lagos wastes are better.

Tags:   Daddy Freeze: Pray That Enemies Should Die   Mfm   Rccg   Why Not?