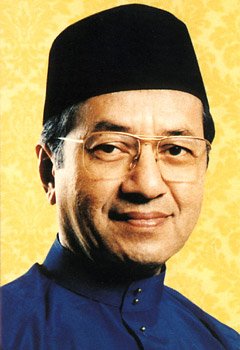 Malaysian Prime Minister Mahathir Mohamad vowed on Monday to investigate faults that may have been committed by the government toppled in the May 9 general election, and said
all ministries had been instructed not to destroy any documents.

Mahathir announced that he would appoint a new anti-corruption commission chief and replace the attorney-general who had cleared former Prime Minister Najib Razak of wrongdoing in a multi-billion-dollar scandal linked to the 1MDB state fund.

He also told a news conference that his government had a rough idea of the whereabouts of Malaysian financier Low Taek Jho, who is accused of links to a plot to siphon billions of dollars from the fund, 1Malaysia Development Berhad (1MDB).

Najib set up 1MDB in 2009 and previously served as chairman of its advisory board.

He and the fund have denied wrongdoing.

Asked about other possible crimes, Mahathir said: “We cannot do everything at the same time at one go.”

“We have to take time. There are many faults committed by the previous government, but we cannot do everything in one day, so you have to be patient.”

Mahathir, who was Malaysia’s prime minister from 1981 to 2003, led his four-party alliance to victory against Barisan Nasional in last week’s general election, ousting a coalition that had ruled the Southeast Asian nation for six decades.

Malaysia’s stock market fell sharply after opening on Monday, the first day of trading since Mahathir’s stunning triumph in the May 9 election.

But it later recovered to close the day slightly higher.

Some analysts are concerned over populist promises that Mahathir’s alliance made during the election campaign, including plans to remove a goods and services tax, scrap toll fees, reinstate fuel subsidies and review Chinese investment deals.

Ratings agency Moody’s said on Monday that there was “little clarity” on the new government’s economic policy agenda and it fulfilled its campaign promises without adjustments, it would be credit negative for the economy.

The main share index was initially dragged lower by falls in financial, telecom and airline shares, especially those with links to the former government, but closed to end the day 0.21 perc ent higher.

Shares in AirAsia Group Bhd fell as much as 10 per cent after its chief Tony Fernandes apologized for endorsing former prime minister Najib Razak in the election.

The ringgit currency hit a four-month low of 3.9850 per dollar, but stabilized off those lows.

Mahathir said on Thursday that there was enough evidence to investigate Najib’s links to the 1MDB scandal, and had moved to prevent his predecessor from leaving the country.

News broke in 2015 that about 700 million dollars allegedly stolen from 1MDB had made its way into Najib’s personal
bank accounts.

Najib has said the deposit was a donation by an unnamed member of the Saudi royal family which had been largely returned.

Earlier, state news agency Bernama and other media reported that a former official of the anti-graft agency, MACC, had lodged a report against Najib on suspicion of blocking probes in cases involving 1MDB and a government pension fund.

Mahathir said he would appoint a new MACC chief on Tuesday.

He said the attorney-general who cleared Najib of wrongdoing in the 1MDB affair, Mohamed Apandi Ali, would be put on leave and replaced by the solicitor-general.

Mohamed Apandi did not respond to a request for comment.

The government has also transferred the top bureaucrat in the finance ministry while the chairman of the state palm oil plantation agency, Felda, has resigned.