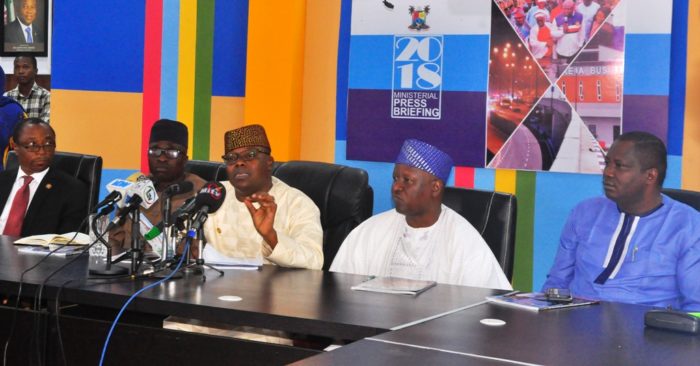 The Lagos State Government says its joint venture partnership in housing development across the state will deliver 14,187 housing units before the next two years.

Commissioner for Housing, Prince Gbolahan Lawal disclosed this on Wednesday at a ministerial press conference in Alausa, Lagos, Southwest Nigeria.

Gbolahan said the joint venture partnership is under its housing programme tagged: Lagos Affordable Public Housing (LAPH) initiative introduced by the government to inject private funds into the provision of houses to enable the state bridge the gap in the housing deficit, which is put at three million.

He said by this initiative, the state intended to provide 20,000 housing units over a period of four years spanning 2017-2020.

“In line with the investment policy of LASG and for the purpose of creating an investment data base, title to the project site is vested in IBILE Holdings Limited, the investment agency of the state government which will in turn grant a deed of sublease of the unexpired residue of its interest to the Special Purpose Vehicle/Project Company to be incorporated for the purpose of execution and management of the project,” he said.

According to him, the Special Purpose Vehicle (SPV)/Project Company is made up of both parties and that the shareholding would be based on the value of the equity contribution of the parties.

However, the commissioner said on the demand side, government had continued to implement the rent-to-own and rental housing policies which were aimed at making housing more readily affordable and accessible to the citizenry, stressing that the policies were particularly targeted at low and middle income earners in both the formal and informal sectors.

“Post construction management of housing estates remains a challenge and facility managers have been engaged by government to ensure the sustainability of Government housing Estates. The Ministry continued the Master Craftman’s project which is aimed at addressing the dearth of skilled workforce made up of masons, carpenters, steel fabricators, plumbers, electricians, painters, joiners, tillers. The training provided has helped to improve the skills of these artisans thereby making them more competitive,” he said.