Bola Shagaya loses bid to get her seized N1.9bn released 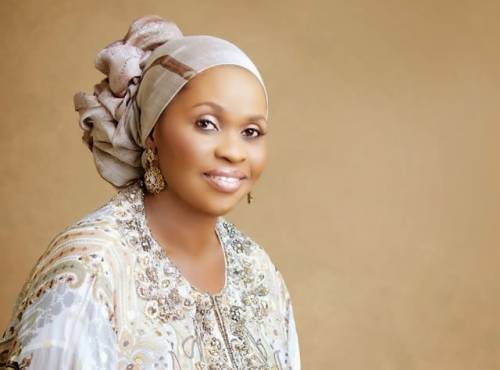 A Federal high court in Lagos, South West Nigeria on Thursday dismissed a suit filed by a Nigerian businesswoman Hajiya Bola Shagaya against the Federal Government, urging the court to set aside an order of the court freezing her account suspected to be containing N1.9 billion realised from unlawful activities.

The presiding judge, Oluremi Oguntoyinbo, in her verdict did not only declare the order made by her learned brother, Justice Muslim Hassan  in freezing the account of the business woman as being valid but also declare that Bola Shagaya’s suit before her to vacate the said order as an abuse of court process, as she could not sit as an appellate court to vacate the order of the same concurrent jurisdiction.

Shagaya, had in a suit filed before Oguntoyinbo urge the court to set aside the order made by another judge of the Federal High Court, Lagos, Justice Muslim Hassan  freezing her bank accounts at Unity Bank Plc, but the Federal Government contended that the accounts in contention were used by the businesswoman to launder billion of naira for former first Lady, Mrs Dame Patience Jonathan.

In an affidavit sworn to by  a litigation officer, Sulaiman Ali and filed before the court by a Lagos lawyer, Napoleon Emeaso-Nwachukwu, the deponent averred that sometimes in the month of October and November 2016, Shagaya issued several payment instructions to her bank, Unity Bank Plc in respect of third party transactions, but that to the applicant’s chagrin, the said payment instructions were declined by her bank, in spite of the fact that the applicant had enough money standing to her credit with her bank to cover the payment instructions prior to issuing the instructions.

Upon inquiry, the bank intimated the applicant that it received a letter from the Federal Government directing it to place a Post No Debit on her account with it.

Thereafter, the applicant instituted a suit at the High Court of Lagos State against Unity Bank Plc, but in its defence,  the bank annexed a copy of a court order to the court process it filed to justify its refusal to honour the numerous payments instructions issued by the applicant.

Sulaiman  averred further that the ex-parte order of the court attaching the applicant’s property made pending the determination of an investigation and possible prosecution of the applicant was devoid of a definite time frame and capable of lasting in perpetuity.

There is no criminal suit pending against the applicant in any court of law anywhere prior to, or after the ex- parte order now sought to be set aside was made.

Consequently, the applicant contended that it would be the interest of justice for the court to set aside the order.

However, in a counter affidavit sworn to by an operative of the Economic and Financial Crimes Commission EFCC, Musbahu Abubakar, and filed before the court by EFCC’s legal officer, Idris Mohammed, the deponent averred that EFCC received a cogent, direct and positive intelligence of a case of conspiracy, unlawful enrichment and money laundering against the applicant, that the applicant was making suspicious deposits into the accounts subject matter of investigation.

The fund of the unlawful activities were paid into a front organisation account called “Women for Change Initiative” for the benefit of the former first lady, Dame Patience Jonathan.

The applicant, through her alleged fraudulent activities in the Nigerian National Petroleum Corporation NNPC  influenced the fraudulent allocation of Dual Purpose Kerosene DPK  to Index Petrolube Africa limited with the aid of the former first lady.

As a result of these fraudulent activities, the applicant was paid “FOUNDER FEES” In the total sum of N3,305,150,000 by Indexo Petrolube Africa limited and its sister company, Autodex Nigeria Limited both owned by Hon.Ezeani ThankGod for the fraudulent facilitation of Dual Purpose Kerosene DPK to his company, Index Petrolube Africa Limited.

The  sum of  N1,902,673,399.93, remaining balance from the aforementioned proceeds of the unlawful activities, was warehoused in the personal accounts of the applicant domiciled in Unity Bank.

EFCC invited Billy Okoye, the Executive Director, Commercial of the Nigerian Petroleum Marketing Company NPMC, a subsidiary of NNPC who stated that he did not know anything about the founder ‘s fee and that he never heard of it until confronted by the EFCC.

It was further averred that whenever Hon. Ezeani ThankGod made fraudulent deposits into the account of Shagaya through his companies, Index Petrolube Africa Limited and Autodex Nigeria Limited, Shagaya would thereafter transfer particular sum to the account of the former first lady through the ‘Women for Change Initiatives’ in Diamond bank.

The applicant was alleged to have been using three accounts numbers, 0003261118, 0025111493, 0025092589 domiciled in Unity Bank Plc respectively to warehouse and harbour the suspected proceeds of the alleged crime.

In view of the above, the respondent applied to the court by ex -parte application for an order of interim attachment before a Federal High Court in Lagos, and the presiding judge, in his wisdom after hearing the respondent’s application and reading the originating summons granted an interim order on 29 December, 2016 against the applicant’s accounts domiciled in the Unity Bank, pending the determination of the investigation and possible prosecution.

Investigation further revealed that the funds transferred to Dame Patience Jonathan were parts of the funds paid to her for facilitating allocation of DPK to Index Petrolube Africa company.

The applicant was alleged to have refused to honour EFCC’s invitation to enable the anti-graft agency confront her with its findings of investigation.

Consequently, the respondent urged the court to refuse the application and dismiss same as the application was not only frivolous, but an abuse of court process, and time wasting.

After the adoption of the written addresses of the two parties, justice  Oguntoyinbo adjourned till Thursday till for judgement.

Oguntoyinbo, while berating the applicant after citing plethora of authorities said “it could had been neater for the applicant to have filed a motion on notice before Justice Hassan before whom the suit to freeze her account was pending since he was the one abreast  with the fact of the case instead of filing another suit or better still to file appeal against the order of the court, more so she did not controvert nearly all the averment of EFCC, especially as the anti-graft agency stated that she did honour its invitation sent to her to come to their office for interview.”

In addition, Oguntoyinbo further stated that the EFCC act empowered judges to make preservative order while investigation was ongoing in order for the asset to be preserved from dissipation, and that this type of order was made without putting the party involve on notice, therefore, there is no way the applicant could have claimed that her right has been violated.