There goes a Man, True and Proud 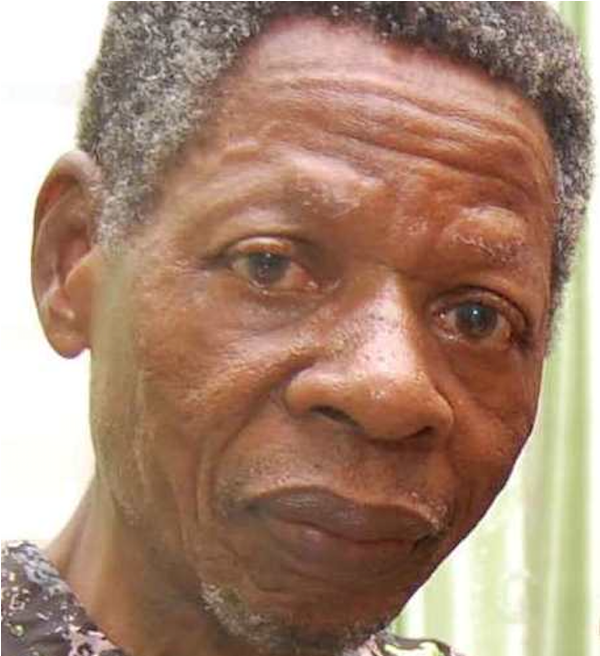 I used to call him AlagidiEkiti(the stubborn man from Ekiti) – an appellation which brought fraternal smiles to the lips of both of us. My dearly beloved Egbon was simply that: stubborn, principled, consistent, blunt, trustworthy and dependable. He was firm but fair, strict but compassionate, frugal but generous. A private, sometimes self-effacing person with a deep passion for accountability and  good governance, Egbon invested a tremendous amount of his physical energy and intellectual acumen in the struggle for a sane, humane socio-economic and political order. A believer in the efficacy of public discourse in the molding of public opinion and actualization of social change, he was a frequent contributor to op-ed articles in various Nigerian newspapers and an avid patron and analyst of the mass media. We remember his pungent, elegantly articulated contributions to the discourse against military dictatorship in Nigeria as well as his expression of unequivocal disenchantment with the ‘nascent democracy’ that came in its wake. Equally relevant and consistent was his relentless exposition and criticism of the role of religion in the seemingly perpetual underdevelopment of Nigeria. Egbon’s cerebral and essentially scientific attitude and approach constantly railed against the mulish ease with which Nigerians have substituted science with superstition and surrendered their reasoning faculty to the devious theologies of  self-proclaimed ‘evangelists’,  predatory ‘pastors’ and mumbo-jumbo mullahs. A half-completed book on this spiritual anomy sits on his writing desk as we celebrate the passing of this supremely rational man and his unmistakably renaissance propensity.

Yes, Alagidi Ekiti was also ecumenical in taste, tendency, and training: at home with the deep, enlightening cosmology of Ifaas he was with the rigorous agnosticism   of Bertrand Russell;enamoured of the lyrical choreography of Sunny Ade as he was of the magical symphonies of Beethoven, Bach, and Handel. A historian with special expertise in historiography, he spent most of his days researching  and teaching the science and politics of remembrance, the tendentious velocity of “time’s winged chariot” ( in Andrew Marvell’s metaphysical phraseology) , the attitudinal peculiarities which often influence the recording, calibration, and valuation of events in spatio-temporal terms, and the ineluctable ontology (and capacity) of History as Art and Science. Many times, Egbon and I reached the agonizing conclusion  that a country (such as Nigeria) that banishes History from its natural niche as the core of humanistic studies, is only courting death by way of amnesia.

In countless ways, Egbon was  not just aBuroda and  friend; he was also my intellectual sparring partner and confidant, a caring, dependable man who endowed friendship with a new meaning and poignant significance in this age of  fitful friendships and dissembling affiliations.

But Alagidi Ekiti was no angel. There were times when that stubbornness bottomed out as rigidity, when impatience flared up as temperamentality, when the sheer force of his conviction aroused a feeling of inadequacy in the diffident interlocutor. But with Egbon, the passion was the person, the person was the passion. He felt passionately and thought profoundly. Between his heart and his mind, there was not much of a distance. He was a quintessential man of ideas never tired of decrying the catastrophic decline in Nigeria’s educational standard and the resultant ascendancy of mediocrity and allied mendacities. This was why he  never concealed his belief in the capacity of a conscientious ASUU (Academic Staff Union of Universities) for addressing this malaise and mapping out an enlightened strategy for national development. Hence his loyal and critical participation in that Union’s activities, especially the long strike of 1996 which nearly cost him his job at a point when he was just a few years from formal retirement.

Here was a man who grew old without aging, a scholar with an astounding capacity for intellectual renewal and replenishment. No wonder he was always at his best in the midst of young intellectual minds among whom he tried out his ideas with a healthy dose of doubt and no iota of fear. Curious scholar and demanding teacher, he was an intellectual pugilist with sensitive gloves, who regarded feisty argumentation as his trade, and was never one to settle for half measures. Never known for prevarication or resort to disingenuous euphemism, Egbon said it as it was, and was forever averse to the kind of compromise that shares the same border  with complicity.He was a fighter, a doughty, dogged, fighter, a tireless petitioner for justice at the personal and public levels, a clarion spirit who saw certain kinds of silence as nothing short of foul collaboration and sabotage of the commonweal.

So, there goes a man, true and proud, modest in hismeans, but neverin his visions; a man whose just anger neither age nor appeasement could touch.Bold and blunt, firm and fair, he kept Truth’s company for 84 years  without faltering, and passed onone week ago with a marching song on his lips. There goes the man, true and proud.