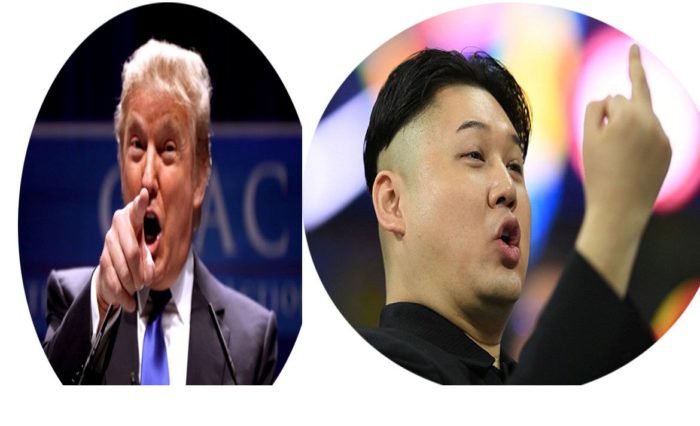 U.S. President Donald Trump has told North Korea’s Kim Jong-Un to abandon nuclear weapons and be rewarded with “protections” or risk being overthrown and possible death if the arsenal remains.

The U.S. leader laid out the stark choice for North Korea’s leader ahead of their planned summit in Singapore on June 12, according to media reports.

Trump maintained that the scheduled June 12 meeting in Singapore was on track, in spite of the North’s threat on Wednesday to cancel over concerns about the U.S. push to see the complete denuclearisation of the Korean Peninsula.

The country cited the example of former Libyan leader Muammar Gaddafi, who had given up his nuclear programme in the 2000s but died at the hands of rebel forces amid a popular uprising in October 2011.

National Security Adviser John Bolton explicitly cited, “the Libya model of 2003 to 2004” as a basis for the North Korea talks in May, which drew personal rebuke from the North Korean government on Wednesday.

Trump, while trying to address the North Korean concerns, said if Kim were to agree to denuclearise, “he’ll get protections that would be very strong”.

Trump, however, warned that failure to make a deal could have grave consequences for Kim.

On the ‘Libya model’, Trump said: “That model would take place if we don’t make a deal”.

“The Libyan model isn’t the model we have at all. In Libya we decimated that country. There was no deal to keep Gaddafi,” Trump added.

The U.S. leader said he was “willing to do a lot” to provide security guarantees to Kim adding, “the best thing he could do is make a deal”.

Trump, however, said that nothing had changed with respect to North Korea after the warning from Pyongyang.

He said that North Korean officials were discussing logistical details about the meeting with the U.S. “as if nothing happened”.

In addition to threatening to pull out of the meeting with Trump, North Korea abruptly cancelled a planned meeting with South Korean officials over joint U.S.-South Korean military exercise.

Pentagon Spokeswoman Dana White said that the schedule of military exercises had not changed.

White added that the annual exercises were long-planned, defensive in nature and meant to ensure the readiness of U.S. and South Korean forces.

‘Exercise Max Thunder, which began on Monday and concludes on May 25, includes aircraft from across the U.S. military services.

Speaking at an Oval Office meeting with NATO Secretary-General Jens Stoltenberg, Trump also said he would not discuss U.S. troop levels in South Korea during his meeting with Kim.

North Korea had said it would not return to talks with South Korea due to the exercises.