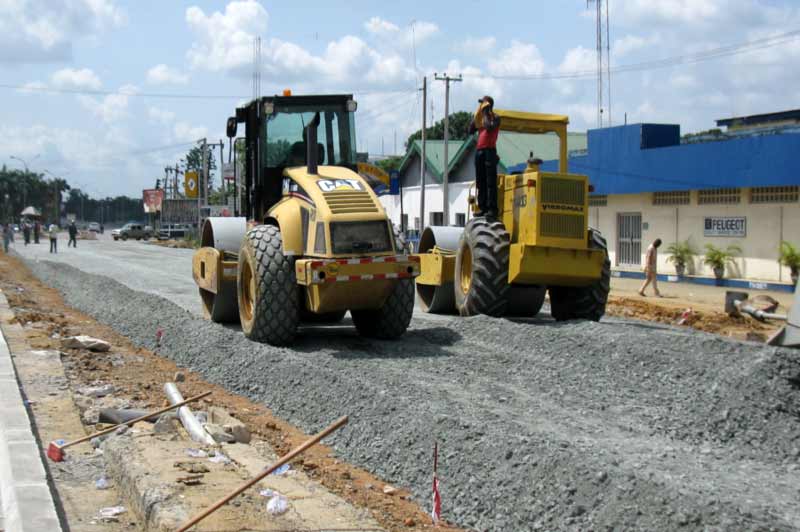 The present administration has paid a total sum of N2.7 trillion owed various contractors, of which N47 billion went to road contractors, since coming into office in 2015.

The Minister of State II for Power, Works and Housing, Alhaji Suleiman Zarma, made this known during a stop-over to inspect the reconstruction and asphalt overlay of the 98.414 kms Benin-Ofosu-Ore-Ajibandele-Shagamu Dual Carriageway, Phase IV.

“These monies were paid not for jobs awarded by the present government but government did so believing that the contracts were awarded to benefit Nigerians.”

He said that the Buhari-led administration was resolute in paying contractors for jobs executed.

Zarma, however, warned that the Federal Government would not condone sub-standard work.

He explained that the Benin-Ofosu-Ore-Shagamu being handled by Reynolds Construction Company (RCC) was very strategic.

According to him, the road is part of the International Trans- African Highway connecting Lagos to the Port of Mombasa in Kenya through Enugu in Nigeria and Doula in Cameroon.

He also inspected the rehabilitation, reconstruction and expansion work on the 83.40 kms Lagos-Ibadan Dual Carriageway Section 1.

He commended the contractor, RCC, and urged them to redouble efforts to meet the July 3, 2018, completion deadline.

Zarma also inspected the construction of the 1.59km Rigid Pavement Access Road to NNPC Depot in Mosimi along Ikorodu-Shagamu Road.

He expressed displeasure that Borini Prono and Co Nig Ltd., the contractor, which had over 30 years experience in Nigeria and with outstanding jobs, could not deliver the road on schedule.

The minister said that issues delaying the completion of the job would be speedily reviewed to enable the contractor to fully mobilise to site and complete the project this year.

He assured contractors handling various federal projects in the South-West geopolitical zone that the Federal Government would pay for contracts executed.

He said that the relationship between the contractors and the Federal Government had evolved over the years and as such, they were not expected to stall work due to funding delay.

The contract was awarded in December 2014 with a completion date of January 2016.

The access road is very important to petrol tanker drivers as it will ease the evacuation of products from the NNPC Depot.

Meanwhile, contractors have identified delay in funding as one of the major challenges in project execution.