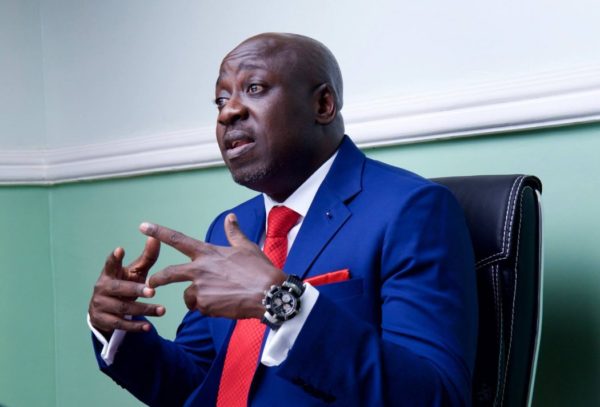 The All Progressives Congress (APC) said Federal Government was doing the best possible to effect change in the polity, but admitted it had been the most difficult assignment to tackle.

The party’s National Publicity Secretary, Malam Bolaji Abudullahi, stated this in a statement on Sunday in Abuja.

He said that sometimes, change became necessary or inevitable as Nigeria found in 2015 because of the misrule of the Peoples’ Democratic Party (PDP).

Abdullahi urged Nigerians to remain steadfast in the collective task of achieving “the Nigeria of our dream”, adding that with prayers and support for APC-led Federal Government, the country would be propelled to growth in all facets.

He said that the APC was increasingly baffled by PDP’s “new found proclivity for constantly spewing falsehood in the name of opposition rhetoric and politics”.

Abdullahi recalled that a recent statement by PDP spokesperson had accused the APC of corruption, sectionalism and opposition clampdown, among other things, in the lead-up to 2019 elections.

“While it is a widely known fact that suppressing the opposition was the stock in trade of the PDP during its defunct 16 year rule, the APC has definitely not inherited this undemocratic practice in its governance style,” he said.

He said this was both in its internal politics and the country’s administration, under President Muhammadu Buhari.

According to him, the PDP while in government, illegally and routinely used state apparatus to harass opposition figures.

He said that such could be seen in the attack on APC data centre in Lagos, blockade of the air and road routes to prevent movement of then opposition leaders in the lead-up to the 2015 elections among other clampdowns.

He added that it was unfortunate that the PDP was quick to forget the divisive, insensitive and sectional politics it played during the 2015 electioneering campaign.

“The PDP without an iota of proof, rather spewing laughable conspiracies, accuses the APC-led administration of barefaced looting.

“Elections are around the corner and Nigerians are not gullible.

“They see through the PDP’s diversionary antics aimed at deflecting attention from the wanton culture of impunity and corruption it instituted when it held sway,” Abudullahi said.

He noted that the PDP administration could not operate the now-implemented Treasury Single Account (TSA) which had greatly plugged government revenue leakages.

He added that Nigerians generally agreed that the era of impunity was beginning to disappear from national life.

The party spokesman said that there was also a gradual acceptance of the best practice and time-honoured values of honesty, hardwork, patriotism, abhorrence of corruption, accountability and integrity in everyday life.

He said that Nigerians were wiser now “with sharp memories”.