JOHESU: Health Minister has no right to stop salaries – NLC 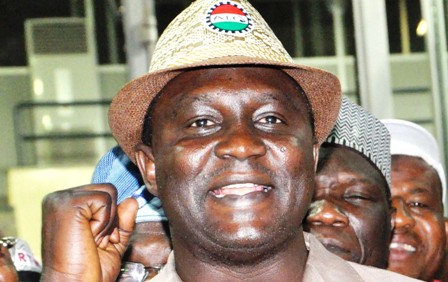 Wabba said this while fielding questions from newsmen shortly after the union suspended its six weeks nationwide strike on Thursday in Abuja.

The minister had earlier threatened not to pay the salaries of JOHESU members for the number of days they went on strike while some were not paid the April salary.

Some members of the union were short paid while some were not paid at all in April.

Wabba said: “The minister has no final say on whether the workers will not be paid for the number of days the strike was on President Muhammadu Buhari has the final authority in this regard,”

The NLC President, who decried the negative impact of the six weeks strike on the poor masses, however, attributed it to the inability of the minister to resolve it.

“We must make this point very clear, that is why myself and the Trade Union Congress leader are here because we want this issue to be resolved.

“The minister must see himself as the minister of health,” he stressed.

Wabba, however, expressed optimism that the intervention of the President of the Senate and other respected Nigerians will bring a lasting solution to the crisis.

“I am aware that all our workers are in high spirit, they will be able to conform to all these issues if they are given fairness and justice.

“There have been interventions from the highest level.

“I had to leave Geneva because of this clarion call and clearly speaking also, now that the platform for this negotiation is going to be created by the National Industrial Court and believe it is going to be unbiased.

“We also hope that there is going to be fairness and justice at the long run, ” he noted.