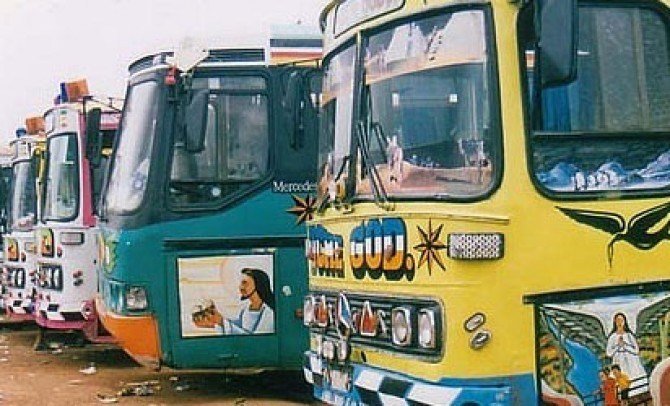 The Association of Luxury Bus Owners of Nigeria (ALBON) on Monday asked for the intervention of Vice President in lifting the paralysis of their businesses by Lagos State government on the Ikorodu axis of the state.

Its President and Chairman of Ifesinachi Group of Companies, Prince Emeka Mamah, said this while addressing State House Correspondents after the group paid a courtesy visit to Vice President Yemi Osinbajo at the Presidential Villa, Abuja.

According to Mamah, sometime in 2017, the Lagos state government issued an executive order directing all transporters on the Ikorodu corridor to relocate to Ojota.

He said that since the order the group tried its best to meet with Gov. Akinwumi Ambode to resolve the problem without success.

Prince Mamah pointed out that the association’s businesses had been crippled for a long time as no transporter had operated with the usual freedom.

Mamah said that the deployment of police on the Ikorodu axis to stop the businesses of the bus operators in their private parks had crippled the transportation of persons and property to different parts of the country.

“That is the main reason we said we should come to his Excellency (the Vice President) to complain and to appeal so that he can step into this matter and see reasons we should maintain our private parks.

“These are investments that we owe banks and we have spent so much to develop those places,’’ he pleaded.

He said that the group had confidence in the APC government and expressed the optimism that the Vice President would step into the matter to resolve the problems.

The LUBON president also urged the federal government to address the issue of import duty tariff on luxury buses as the duty of 35 percent on a bus of about N150 million was too high for investors.

He also requested the federal government to intervene in the Value Added Tax being demanded from bus owners as it was difficult for them to collect VAT from commuters.

“The road users, especially commuters do not pay VAT; there is no how that we can collect that from commuters.

“And we are appealing to him to also look into that direction and see what can be done so that the tax people will not be disturbing us regarding VAT,’’ he said.

The Patron of the Association, Chief Eugene Nzom-Ojukwu (MON), added that the Association presented an award to the Vice President to show its support and strong solidarity with the government.

According to him, all the association needs is a level playing ground to enable it to serve the public better.

He said that the Lagos incident had pushed the operations of the group down adding that about three months ago the Lagos government impounded the association’s buses and kept them for three months without justification.

“We will find it difficult to set off all the accumulated bank interest that that action caused to us.

“You can also agree with us that the luxury bus association has never for one day gone on a strike no matter what it is.

“Our primary objective is to keep the nation moving; we do not want to be a stumbling block on the movement of the government and the people as well.

“We are trying to do whatever we think is possible for us to make sure that everything in Nigeria moves perfectly as far as transportation area is concerned,’’ the ALBON patron added.