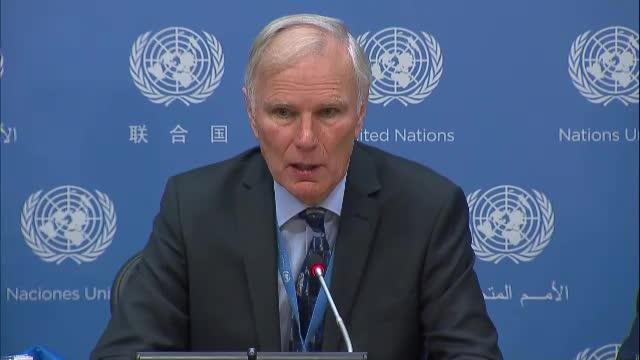 A UN expert on Extreme Poverty and Human Rights, Philip Alston, has accused U.S. President, Donald Trump, of “systematic assault” on the welfare of the masses in the country.

The independent human rights expert said on Tuesday that the principal strategy for dealing with extreme poverty in the U.S. was to “criminalise and stigmatise” those who needed assistance.

Alston, who will present his latest report to the Human Rights Council later this month, said it was based on his fact-finding visit to the U.S. in December 2017, where he travelled to California, Alabama, Georgia, West Virginia and Washington, D.C.

He said the Trump Administration had introduced “massive” tax breaks for corporations and the very wealthy, while at the same time orchestrating what he called “a systematic assault on the welfare system”.

Alston said it was a strategy that seemed driven primarily by contempt and sometimes even by hatred for the poor, along with a ‘winner takes all’ mentality.

“Locking up the poor precisely because they are poor, greatly exaggerating the amount of fraud in the system, shaming those who need assistance and devising ever more obstacles to prevent people from getting needed benefits are not strategies to reduce or eliminate poverty,’’ he said.

He accused the U.S. legal system of focusing on raising revenue for individual states, as opposed to promoting justice.

“Fines and fees are piled up so that low-level infractions become immensely burdensome, a process that mostly affects the poorest members of society.

“At the same time, judges set large bail amounts for defendants awaiting trial, allowing the rich to pay their way to freedom while the poor sit in jail unable to work or provide for their families.’’

The UN expert added that the U.S. was now having the highest income inequality in the Western world, the highest incarceration rate globally and one of the lowest election turnout rates among developed nations.

“It is no coincidence that high inequality coincides with the overt and covert disenfranchisement of millions and millions of American voters,” the expert said.