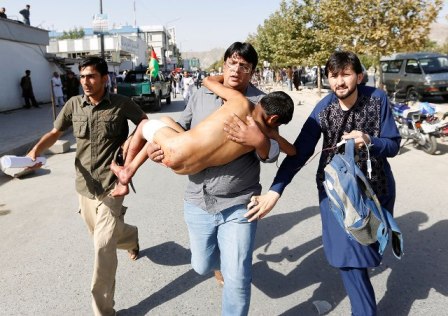 Authorities on Wednesday said two people lost their lives and two others injured as a blast hit a voter registration centre in Khawja Alwan area outside Pul-e-Khumri, the capital of northern Afghanistan’s Baghlan province.

A spokesman for provincial government Mahmoud Akmal said a landmine planted by militants in the voting registration center in Khawja Alwan area, went off on Wednesday morning killing two people including a police constable and injuring two others.

He blamed Taliban militants for launching the deadly blast, saying the armed outfit by conducting subversive activities wants to intimidate people to stay away from the election process.

The Afghan parliamentary election, according to the election body, is slated for October 20 and since the opening of the voter registration on April 14, some five million eligible voters have registered.