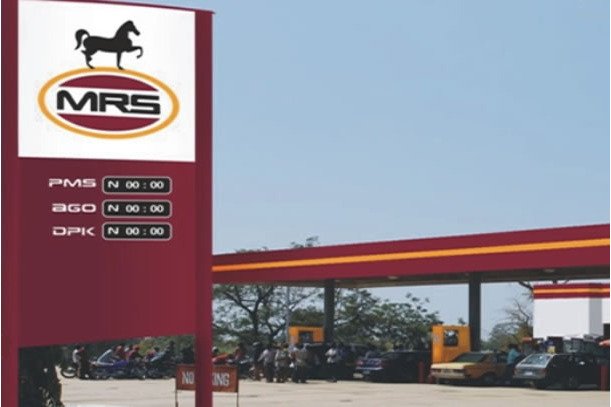 In a bid to settle out of court the debt of N40billion,Asset management Corporation of Nigeria AMCON and MRS Holding limited has filed terms of settlement before a Federal High court in Lagos south west Nigeria.

The syndicated loan facility was for the purpose of acquiring Chevron Texaco downstream operations in West Africa.

The security package for the syndicated loan facility included a personal guarantee from the Chairman of MRS Oil and Gas company Mr Sayyu Dantata, as well as a corporate guarantee and indemnity from each of Corlay Global S. A., Ovals Trading S. A. and Societe Nationale D’Operations Petrolieres de Cote D’Ivoire.

The syndicated loan facility was subsequently classified as non-performing loan and acquired by AMCON pursuant to the provisions of the AMCON Act.

In a bid to recover the debt AMCON instituted a suit AMCON versus Petroci and another,. MRS subsequently applied to be joined as a party to the action and filed a counter -claim against Petroci

In that suit, AMCON and Petroci executed Terms of Settlement on 16June 2015 in the sum of $90million, The terms were subsequently entered as the consent judgement on 29th of June 2015.

In relation to the proportion of the debt that remains outstanding AMCON commenced suit (winding Up Proceedings ) on 4th of July 2016 against MRS as the respondent on the ground of MRS inability to pay its debt.

The winding up proceedings seeks an order of the court winding up MRS for being insolvent company.

AMCON also commenced suit number FHC/L/BK/04/2016(the bankruptcy Proceedings against Mr Sayyu Dantata, Chairman of MRS, on the basis of a personal guarantee dated 17th September 2008 to repay the sum of N350million in the event of a default by MRS to repay the syndicated loan facility.

Now it is hereby agreed that:
1.MRS shall pay to AMCON, the sum of N42billion in full and final settlement of all sums due and owing to AMCON by MRS pursuant to the syndicated loan facility extended to MRS,and AMCON shall hereby release and forever discharge all claims against MRS, its parent, subsidiaries, assigns, transfees, representatives, principals, agents,officers,and directors subject to the following terms and conditions:

MRS shall between the 1st day of February 2018 and 10th day of April 2018 pay over to AMCON the sum of N2billion of which the sum of N1billion is acknowledged as having been paid.
(b)MRS shall pay the balance of N40billion over a period of four years at an interest rate of 9% per annum on a quarterly basis.
(c)The sum of N2.5billion plus accrued interest shall be paid by MRS on a quarterly basis, commencing ninety days from the effective date being 1st February 2018.
(d)MRS shall provide an acceptable unconditional bank guarantee with four year tenor from a reputable bank to back up the quarterly payment envisaged under this Terms of Settlement. A maximum period of ninety days shall be afforded to MRS to procure and provide the bank guarantees envisaged under this Terms of Settlement.
(e)MRS agrees to be bounded by the terms and conditions contained in the offer letter dated 22March 2018 to which a breach of any of these terms would automatically become enforceable.
(f)AMCON shall accept lump sum prepayment without penalty.

2 AMCON shall be entitled to call in the bank Guarantee in the event of a default in making the quarterly payments, without the requirement to give notice.
AMCON shall be entitled to cancel all the concessions granted under this terms of settlement and call in the total balance outstanding in the event of default of any of the terms and conditions undertaken by MRS under the terms of Settlement

3.Upon full payment of the total sum of N42billion in full and final settlement of all sums due and owing to AMCON, AMCON agrees to release and discharge MRS, its parent, agents and Directors from liabity and obligation to it in connection with the debts.

4.It is expressly agreed between parties that the terms of settlement herein compromises all prior and existing judgement obtained against MRS and its directors.

6.These terms of settlement are expressly without prejudice to MRS’s ability to maintain and pursue the MRS’s Counter Claims in the Petroci Proceedings and/or purse the MRS’s counter claims against Petroci in arbitration or otherwise.

The terms of Settlement was endorsed on behalf of AMCON by: their counsel Adeniyi Adegbomire SAN,Head,Energy group, Sulaiman Abdul Majeed, Group Head, Credict Joshua Ikioda, and a Director, Secretary, and a lawyer Oladapo Ajayi on behalf of MRS Holding limited.