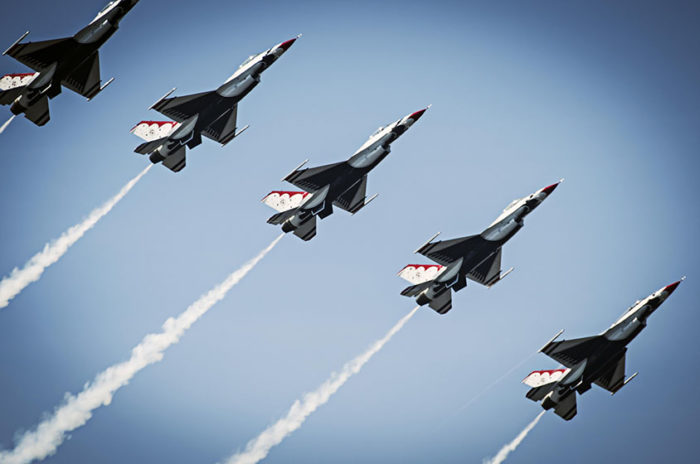 No military ship or aircraft can scare China away from its resolve to protect its territory, China’s Foreign Ministry said on Wednesday after two U.S. Air Force B-52 bombers were reported to have flown near disputed islands in the South China Sea.

CNN reported that the two aircraft flew within the vicinity of the Spratly Islands, where China has reclaimed land and built runways and other facilities on disputed reefs and small islands.

The U. S. was willing to work with China on a “results-oriented” relationship, but its actions in the South China Sea were coercive and the Pentagon would “compete vigorously” if needed, U.S. Defence Secretary Jim Mattis said on Saturday.

The U. S. and China have frequently sparred about who is really militarising the South China Sea, where China, Taiwan, Vietnam, Malaysia, Brunei and the Philippines all have competing claims.

Speaking at a daily news briefing, Chinese Foreign Ministry spokeswoman Hua Chunying said she hoped the U. S. could clarify whether it thought sending “this type of offensive weapon” to the South China Sea counted as militarization.

The U. S. should stop hyping up the issue of militarization and provoking trouble, she said.

“China won’t be scared by any so-called military ship or aircraft, and we will only even more staunchly all necessary steps to defend the country’s sovereignty and security, to protect the peace and stability of the South China Sea region.”

In May, China’s air force landed bombers on disputed islands and reefs in the South China Sea as part of a training exercise, triggering concern in Vietnam and the Philippines.

Satellite photographs taken on May 12 showed China appeared to have deployed truck-mounted surface-to-air missiles or anti-ship cruise missiles at Woody Island in the disputed sea.