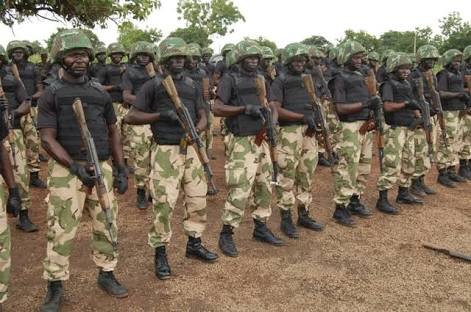 Biu said supporting displaced persons in the North East was critical to the peace building in the region.

He added that the army expected greater cooperation, synergy and understanding from humanitarian agencies to enable it to carry out its task of protecting and promoting human dignity.

According to him, women and children must enjoy every right to be protected as enshrined in the Geneva Convention.

He noted that the division would collaborate with the fund toward developing an everlasting road map for common understanding through effective communication and coordination to achieve goals.

The acting GOC emphasised the need for the army and the fund to continue to interface and not give in to media misinterpretations that did not represent their interests.

Ijuma commended the army for being the first respondent in Boko Haram librated communities where women and children needed urgent support.

He said “prior to our setting up of office in Borno, the military was first to respond to the needs of displaced persons by providing shelter and food to victims of the crisis.

“Some of the schools we took over were started by the military.”

He explained that UNICEF had worked with the military in providing psychosocial support to children associated with combatants since 2016 through “Operation Safe Corridor’’.

“We are partners, especially on mitigating the effects of the insurgency on women and children.”