President Trump opens up on his wife's whereabouts 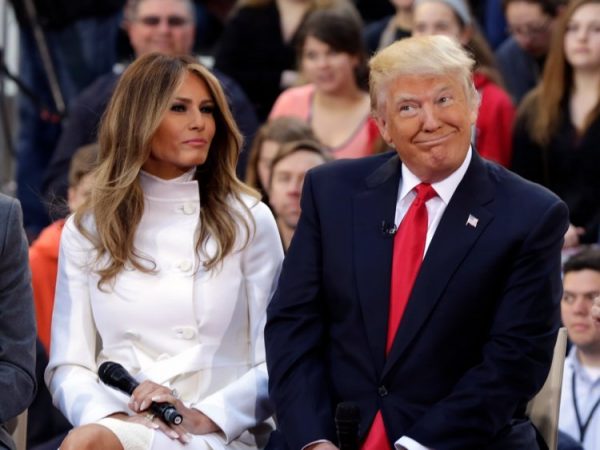 President Donald Trump of the United States of America has reacted to the controversy surrounding the whereabouts of his wife, Melania.

In a tweet on Wednesday, President Trump blamed the fake news media for the controversy.

”…Four reporters spotted Melania in the White House last week walking merrily along to a meeting. They never reported the sighting because it would hurt the sick narrative that she was living in a different part of the world, was really ill, or whatever. Fake News is really bad!”

Controversy over Melania’s whereabouts surfaced last week when several American media outlets wondered about the presence of the First Lady in the White House.

There were reports that for the past 24 days, Melania has not been seen in public and already tongues are wagging about her whereabouts.

The US First Lady on 14 May underwent a medical procedure to treat a benign kidney condition. She remained at Walter Reed Medical Center until May 19.

Now reports have it that Melania will not be joining President Trump on his upcoming trips to the G7 summit in Quebec and the highly anticipated summit between the United States and North Korea in Singapore, her spokeswoman told ABC News.

The 48-year-old first lady has not been seen in public since May 10, when she and the president welcomed home three American detainees from North Korea.