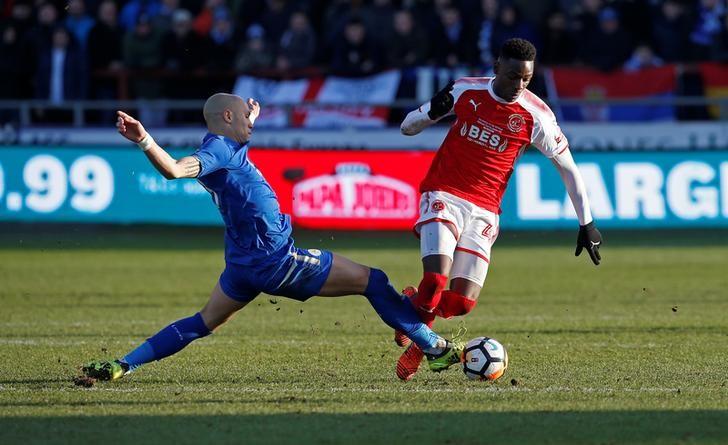 Tunisia are aiming to reach the knockout stages of the World Cup for the first time in their history
when they head to Russia, defender Yohan Benalouane said on Wednesday.

The African nation recorded their first victory in the World Cup finals when they beat Mexico in 1978, but have not won at the tournament since.

Having qualified for the finals for the first time since 2006, Tunisia face a tough test in Russia, where they compete against England, Belgium and Panama in Group G.

“The first objective is to get through the first round as it would be amazing for our country.

“To have a good World Cup with all my team-mates will be a good thing,” Leicester City centre back Benalouane told the club’s website.

“For me, it was a big emotion (to play for Tunisia), because to go on the pitch with the shirt of your country, it’s always something special. I hope we can do something good for the World Cup,” he said.

Benalouane, 31, could face his Leicester team mates Harry Maguire and Jamie Vardy along with several other Premier League rivals when Tunisia kick off their World Cup campaign against England on June 18.

“Obviously, it will be a good game and it’s always a pleasure to meet other people from my team in the World Cup.

“It will be a big challenge for us,” he added.

“Vards (Jamie Vardy) is always difficult, because he is an electric man. He is a very good striker, he has top quality, and he scores a lot.

“We have to be focused because we know his quality. I hope for him that he has a good World Cup, but not against Tunisia.”