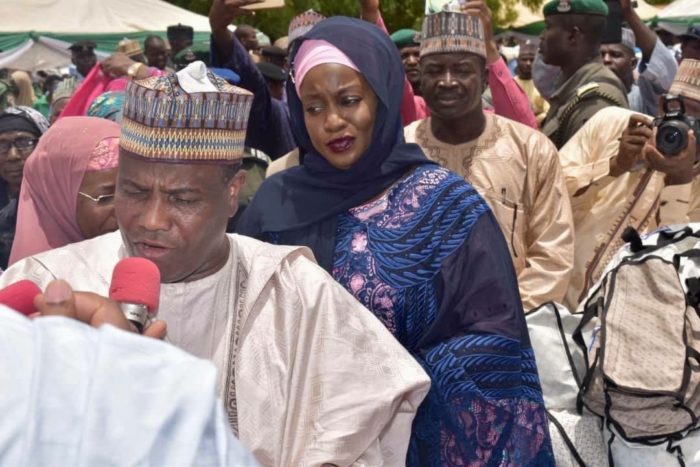 It will be recalled that the wife of the president and founder of Future Assured, Mrs. Aisha Buhari, has encouraged wives of the governors to make commitment towards championing the improvement of RMNCAH+N in Nigeria.

She made this declaration at a RMNCAH+N Stakeholders’ Meeting in Abuja, where the Governors Wives Advocacy Coalition (GWAC) was established.

Many notable organisations such as Bill and Melinda Gates Foundation, UN Agencies, National Orientation Agency and some others have also pledged their commitment to support the GWAC in its advocacy efforts towards improving the RMNCAH+N indices of their various states and the country.

The Ministry of Budget and Planning also hosted an investiture for wives of the governors as Champions for Nutrition. At the event, they were equipped with a fact sheet on RMNCH+N of their states; and they signed a commitment to the coalition before they were invested as RMNCAH+N champions.

It was in line with this commitment, that Hajiya Maryam Mairo Tambuwal, who is also the Sokoto State RMNCAH+N champion, initiated the flag off of the programme, which is designed to cover the 23 local government areas of Sokoto state.

In his speech, Governor Tambuwal congratulated the MMAWT Legacy Initiative for championing the implementation of RMNCAH+N in the state. He called for continuous advocacy for better understanding of the programme. Governor Tambuwal added that his administration, bring a people-oriented and welfare-based one, is committed to providing efficient health care system for the people. 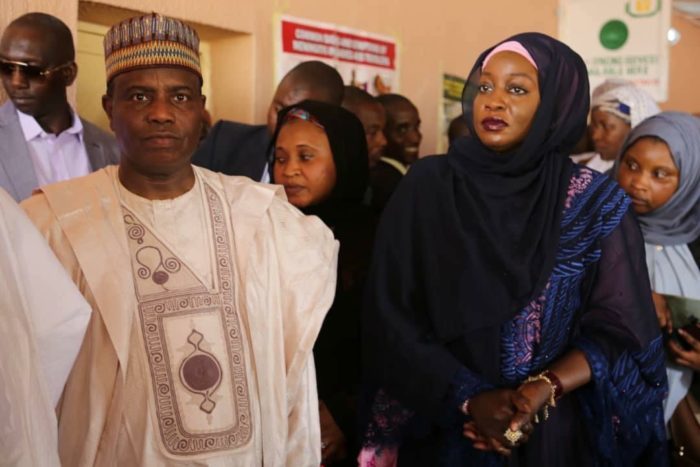 Tambuwal also called on the women in the state to make judicious use of the health care opportunities provided by his administration. He also encouraged them to visit the hospitals for their ante-natal care and other health care services.

In his speech, the Sokoto State Commissioner for Health, Dr Balarabe Shuni, outlined the achievements of Tambuwal’s administration in the health sector. He urged the people to ensure they utilize the services provided by the government.

The governor’s wife, Hajiya Tambuwal attributed the successful turnout of the event to God. She also expressed her gratitude to her husband, who in spite of his tight schedule, attended the memorable event. She reiterated this clearly testified to his commitment to the success of the event and by extension, the wellbeing of women and children of Sokoto state.

Hajia Tambuwal explained that the event was three-fold -the commissioning of RMNCAH+N, which is an initiative of the wife of the president, the celebration of the world MNCH week and the commissioning of the revitalized Gagi Primary Health Care Center.

According to her, the MMAWT Legacy Initiative will focus on mental health issues, HIV and tuberculosis, so as to complement the government’s efforts in uplifting the health and well-being of the people of Sokoto state. She added that MMAWT Legacy Initiative was also flagging a medical outreach with emphasis on pre and post natal services, hypertension screening and treatment, distribution of magnesium sulphate, misoprostol for post partum hemorrhage, chloxedine for prevention of neonatal sepsis, Mama kits for ANC, and books on maternal health issues. 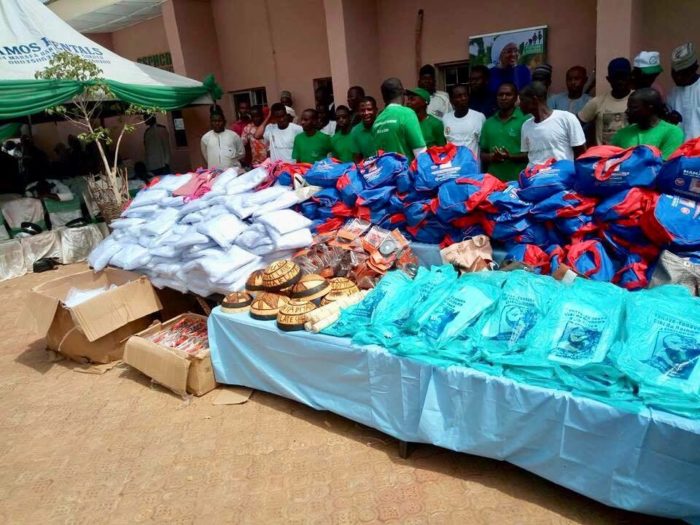 The highlight of the event was the tape-cutting ceremony. This was performed by Hajia Tambuwal, who was assisted by her husband. It was then followed by the inspection tour of the health care center, which was led by the health commissioner.

While on the inspection tour, Governor Tambuwal interacted with staff and patients of the facility.

An educative and entertaining drama was also presented to further press home the importance of child spacing , immunization and other related issues.

The event was also attended by the deputy governor, Alhaji Ahmed Aliyu and members of the state executive council.

The MMAWT Legacy Initiative’s delegation comprised of the wife of the deputy governor, wives of commissioners, female DGs of agencies, Special Advisers, wives of local government chairmen, wives of members of the state House of Assembly, members of various women and youth groups.