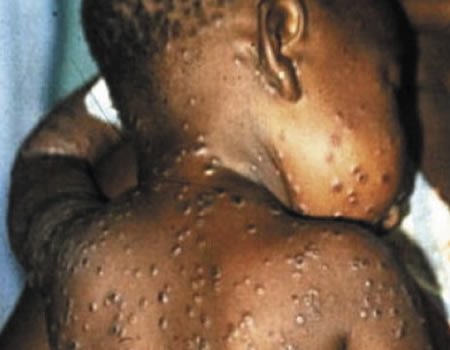 The Plateau Government has confirmed that the state has recorded two positive cases of monkey pox in Shendam Local Government Area of the state.

Dr Kunden Deyin, the state Commissioner for Health, told the News Agency of Nigeria (NAN) on Thursday in Jos that the first case recorded was imported from Port-Harcort, as the victim came in from Rivers for treatment.
‎
According to the commissioner, the infected victim eventually infected his brother and both of them were treated at the Bingham University Teaching Hospital in Jos and discharged.

Deyin said that the state’s Epidemiology and Surveilance unit of the ministry are still monitoring the contacts to curtail the spread of the disease.

The commissioner said that the symptoms of monkey pox were similar to that of chicken pox, but more severe. ‎

He said that the disease is primarily transmitted from animal to man while the secondary source of transmission is through human to human contact. ‎‎
‎
Deyin warned that people who kill, touch or cook bush animals, such as rats, squirrels and monkeys were at risk of contracting the disease as they serve as reservoirs of the virus.
‎
He cautioned the public to desist from indulging in such acts.
‎
‎Deyin also called on the public to report any sign of unexplained rashes to the nearest health facility.

He further disclosed that the number of suspected cases has risen from the initial 87 suspected cases on Tuesday to 126 suspected cases.
‎
However, he assured that the ministry is working in collaboration with the World Health Organisation, UNICEF, Doctors Without Borders and the Nigeria Centre for Disease Control to contain the disease.

The commissioner further cautioned the public to ensure that they imbibe the act of hand washing and maintaining good hygiene as measures of preventing the disease.

He also called on the public to report cases of diarrhoea and vomiting to the nearest health facility.

The state had recorded five confirmed cases, three deaths from symptoms similar to cholera and 87 cases.