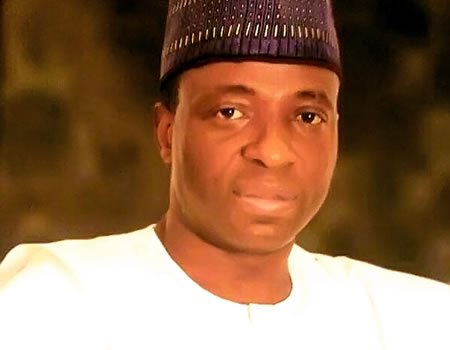 Advanced Peoples Democratic Alliance (APDA), has commended the Federal Government for awarding the highest honour of the land, GCFR to late Chief MKO Abiola and declared June 12 as the new democracy day.

The Chairman of the Party, Alhaji Mohammed Shitu, in a statement also said the gesture is one of the highlights of the present administration which included awarding Chief Abiola’s running mate, Amb. Baba Gana Kingibe now a key ally of President Buhari alongside human-right advocate, Chief Gani Fawehinmi SAN the title of the Grand Commander of the Order of the Niger (GCON), the second highest award in Nigeria.

He said, “APDA is an actualisation of the fundamental human rights of Nigerians and this is in line of recognising their (Chief MKO Abiola, Gani Fawehinmi and Amb. Gana) invaluable contributions to Nigeria’s democracy.”

Nigeria’s President Mohammadu Buhari announced Wednesday night of honouring Chief MKO Abiola with the two recognitions. Chief Abiola won the June 12, 1993 annulled presidential election under SDP. He was arrested and locked up in 1994 during the military government of General Sani Abacha while struggling to claim his mandate and died in custody in July 1998. His wife late Kudirat Abiola, was killed in a suspected assassination in 1996 in Lagos.

Though there are various opinions as to the motive of the announcement, majority of democrats welcomed it especially the families of MKO Abiola.

Except from their letter to Mr. President Buhari reads, “Mr President, I thank you earnestly for heeding our plea where others before you did not, whilst conveying the assurances of my highest esteem. We are profoundly grateful to the people from all corners of Nigeria that worked tirelessly to ensure the most free and fair elections in our nation’s history in 1993, fought valiantly for the Hope ’93 mandate given to Bashorun Abiola by the Nigerian people and died trying to protect the mandate.”

Whilst the family of Chief Fawehinmi as monitored through the son Mr. Mohammad Fawehinmi said, “The family is happy that what the late Gani Fawehinmi agitated for and what a lot of other civil society groups fight for has now come to fruition and we are going to accept this award.”

Though we welcomed the national recognition, but yes, the electorates have the final say with the coming elections in the country. This should not be taken lightly because with any likely Greek gifts are its side effects.

The party chairman called on the president to do all within the armpit of law and abiding within the principles of a transparent government to conducts a free and fair elections in 2019 and to put an end to the challenges and obstacles faced by opposition parties in the country.

He promised that APDA will surely participates in all elective posts in the coming elections and has their ace card soon to be unleashed on bad governance and leadership wiping away the sorrows of Nigerians as well as opening Nigeria doors to a prosperous growth.