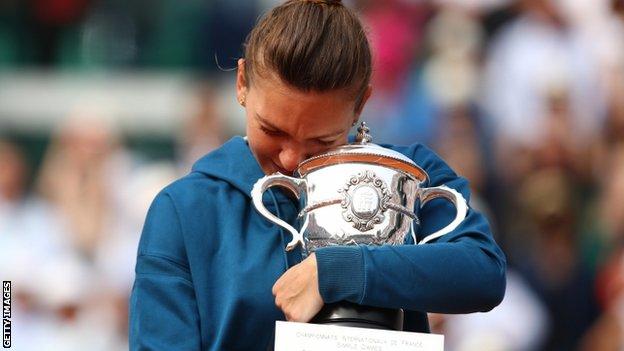 Halep, who had lost her three previous major finals, went a set and a break down at Roland Garros.

But the 26-year-old Romanian battled back to take a see-saw second set against the US Open champion.

“I did everything I could. It is amazing what is happening now,” Halep said.

“I have been dreaming for this moment since I started playing tennis.”

The top seed dropped her racquet in celebration, covering her face with both hands before Stephens walked around the net to warmly hug the champion.

Given a standing ovation by the Court Philippe Chatrier crowd, a tearful Halep climbed into the stand behind the baseline to celebrate with her family and coaching team.