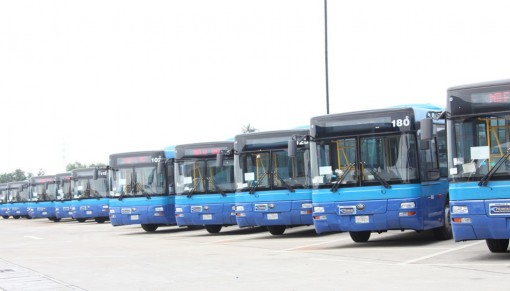 The world’s major bus and coach supplier, Yutong, on Monday said that Lagos State would need about 7, 000 modern buses to reduce the problems of public transportation across the state.

Chang, who spoke with the News Agency of Nigeria (NAN) on the sidelines of a visiting delegation of Nigerian Journalists on tour of the company’s factory, said that Nigeria needed to learn from China.

“For Nigeria to reduce the problems of traffic congestion and make transportation much easier for her people, it is important to have more modern public buses.

“Lagos, as its busiest and most populated city, would need about 7, 000 modern buses to reduce the problems of public transportation in the state.

“Other states across Nigeria should start with about 500 of the same buses each. That way, there will less smaller public buses on the roads,’’ he said.

Chang, who said that some of his organisation’s buses were gradually increasing on Nigerian roads, expressed the company’s readiness to supply Nigerian governments and private organisations with more buses, as the needs arise.

The company’s vice general manager for international business was interested in supplying more buses that would be built to Nigeria’s specifications.

As the No.1 bus brand in China, Yutong boasts of a powerful Research and Development capability and has the largest bus production base in the world.