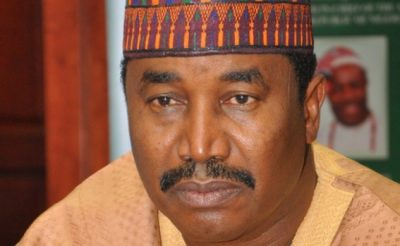 The witness in the ongoing trial of a former governor of Katsina State, Ibrahim Shehu Shema today revealed how the ex-governor between 2013 and 2015 approved the expenditure of local government funds without following due process.

The witness, Ibrahim Dabo Bujawa, made the disclosure through his statement to the EFCC which was admitted in evidence and marked as exhibit 2.

The witness in the statement revealed that his committee on investigation of local government finances at the conclusion of its assignment uncovered series of malpractice.

“The committee I chaired for the investigation of the finances of local governments and Sate Universal Basic Education, SUBEB observed series of malpractice bordering on non submission of payment vouchers by the Ministry of Local Government and Chieftaincy Affairs, irregular payment of money on sheets of paper, improper and suspected fraudulent payments on the State Joint Local Government Account maintained under the Ministry for Local Government and Chieftaincy Affairs and non-documentation of financial transactions by local governments; all involving the loss of funds to the tune of over Thirty Four Billion Naira,” the witness said.

The witness added that the procedure in which the local governments’ funds should be disbursed was not followed and that the way the money was expended was irregular and unlawful. According to him, contrary to the requirement that all members of the Joint Local Government Allocation Committee must meet before local governments funds are disbursed, the committee never met throughout the period under investigation. “Throughout the period under investigation, my committee observed that the Joint Local Government Allocation Committee never held a single meeting nor was any minutes delivered to the committee.

“In defiance of the norms as stated above, the committee observed that all payments to local government councils were processed through Local Government and Chieftaincy Affairs and channeled through ALGON, a Non-governmental association which the committee considered unofficial, irregular and unconstitutional,” he added.

Earlier during the trial, prosecution counsel Sam Ologunorisa SAN asked the witness if he was given any letter appointing him to chair the committee on investigation of local government expenses, to which the witness replied, ‘yes’. The witness subsequently identified the letter and the prosecution applied to tender same in evidence.

The team of counsel representing the accused persons, J.B. Daudu ,SAN, A.T. Kehinde, SAN, B.Y. Kura SAN and Uyi Igunma objected to the admissibility of the said letter but were all overruled by the court and the letter was admitted as exhibit 1.

Ologunorisa further asked the witness, if he could identify the investigation report he conducted during the period and Bujawa identified it. The document was then requested to be admitted into evidence.

Counsel representing the accused persons again objected to the admissibility of the said document.

Justice Bako subsequently adjourned the matter to July 9 and 10 for ruling on the admissibility of the investigation report and continuation of trial.