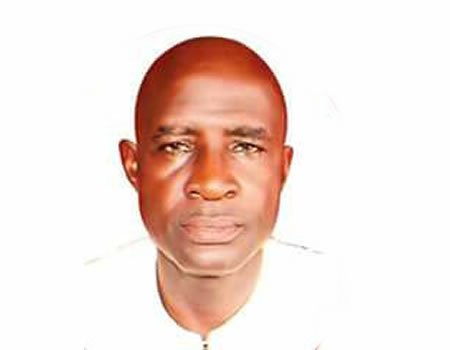 Nigeria’s Ambassador to Peru, Chile, Uruguay and Argentina, Mr Jonah Mkpuruka, said the declaration of June 12 as Democracy Day was the validation of the collective struggle of Nigerians for freedom.

Mkpuruka stated this in Abakaliki on Tuesday at the inauguration of the All Progressives Congress (APC) executive committees elected in the recent congresses of the party in Ebonyi.

The event witnessed the inauguration of the State Working Committee (SWC), State Executive Committee and local government chairmen and secretaries of the party.

The envoy commended President Muhammadu Buhari for his courage in recognising June 12 and declaring Democracy Day, saying the nation’s political history would be incomplete without reference to the annulled June 12, 1993, Presidential election.

According to him, the honour given to the presumed winner of the election, Chief Moshood Abiola, was deserving and devoid of political colouration.

He said that the pronouncement of June 12 as Democracy Day and conferment of Abiola with the highest honour of Grand Commander of the Federal Republic (GCFR) was an indication that Buhari was a true democrat.

“Validation of June 12 is one of the greatest democracy dividends that the President has given to the nation and to all Nigerians irrespective of ethnic, religious or political inclination.

“June 12 is very symbolic in our political process and evolution because it was a day that Nigerians across social, economic, cultural and religious divide came out and spoke in one voice through their votes.

“I participated in that election, including most of us here; its annulment was a shattered dream though it unleashed a flurry of anti-dictatorship struggle that culminated in the democracy we all enjoy today.

“Twenty-five years after that annulment, Buhari has come to put history in its right perspective by doing what past military and civilian presidents could not do.

“He deserves commendation for mustering the political will and courage to validate June 12 and for honouring the presumed winner, Abiola,” Mkpuruka said.

He said that Nigeria’s image abroad had greatly improved due to the unrelenting war against financial graft and other forms of corruption by Buhari administration.

“Nigeria has once again become a destination for foreign investors willing to invest in the economy and this is made possible by the current improved positive rating of Nigeria at the international level.”

Mkpuruka enjoined the elected party officials to emulate the leadership and democratic principles of Buhari and abide by the oaths of office and allegiance which they had sworn to.

He urged them to use their respective positions to ensure that APC won in the 2019 general elections in the state and in the presidential election.

Earlier, Chairman of APC in the state, Chief Eze Nwachukwu, charged the party officials to shun acts capable of bringing the party to ridicule.

He said that the responsibility of ensuring victory for the party in the state had been laid on their shoulders.

The chairman further urged the officials to discharge their duties in accordance with the Constitution of Nigeria and of the party.

“Our mandate is to ensure that we win elections from the presidential down to all others in 2019.

“You have to go down to the local communities and mobilise support for our great party and we will not tolerate officials who will operate from the capital city.

“It is your responsibility as a party official to ensure that there is no foul play in the registration, distribution and collection of Permanent Voter Cards (PVCs) by the Independent National Electoral Commission (INEC),” Nwachukwu said.