6th Nigeria Pitch Awards to hold in Lagos in 2019 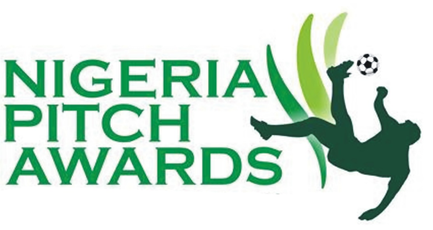 The organisers of the prestigious Nigeria Pitch Awards, Match Makers Consult International, has announced plans for the 6th edition of the awards in 2019, saying it will be held in Lagos.

Shina Philips, the Initiator of the awards, said that after exhaustive discussions with key partners and consideration for the development of the game, the award would hold on March 23, 2019.

“As organisers, we have consulted with our partners and we are pleased to announce that the 6th edition of the Nigeria Pitch Awards will hold at the Centre of Excellence in 2019.

He added that since 2013, the voters’ base had increased to accommodate more professionals and experienced journalists across the nation.

“We will continue to enlarge the voters’ base to give more football stakeholders the opportunity to participate in key decisions on who the heroes of our football for 2018 will be,” he said.

According to the Philips, two additional categories will be introduced in the 6th edition.

He said the categories are football journalist of the Year (Online) and another category for women football.

“Already, we are contacting top sports journalists, coaches and captains of the clubs in the Nigeria Professional Football League (NPFL).

“Voting for the next edition will begin in November 2018 and will be on through early December,” Philips said.

He noted that the next award ceremony scheduled for Lagos would attract top football stars, officials and music musicians.

“We have commenced preparations to make the award night one to remember for a long time.

“‘We are grateful to the Amaju Pinnick-led Nigeria Football Federation (NFF), and all sports journalists in the country who have demonstrated relentless commitment and support for the awards.

The Nigeria Pitch Awards which started in 2013 in Calabar have rewarded excellence and talents in football.