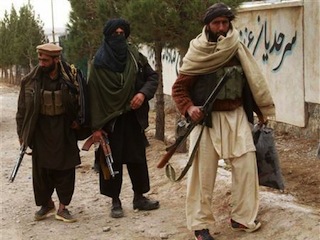 Pakistan’s counter-terrorism forces on Wednesday warned that extremist groups are planning to target political leaders and rallies in the run-up to national elections on July 25.

Former President, Asif Zardari’s party and a Pukhtun nationalist group could be among those targeted, the counter-terrorism authority said in two separate reports based on evidence from spy agencies.

Pakistani Taliban groups hiding in the eastern Afghan province of Kunar and militants linked with the Islamic State militia are planning attacks for around the time of the polls, said the reports.

They said the Taliban were more likely to send suicide bombers to target political rallies, while Islamic State was planning attacks with bombs.

Islamist militants consider democracy as an un-Islamic system followed by “Western infidels’’and have been routinely attacking political activities in both Pakistan and Afghanistan.

In 2013 elections, Taliban attacks killed hundreds of activists from liberal political groups and forced some parties to halt their campaigns.

Former Pakistani Prime Minister, Benazir Bhutto, was killed ahead of elections in 2008 in a bomb and gun attack shortly after she addressed a campaign rally.

Slain Pakistani Taliban leader, Baitullah Mehsud, who was later killed by a U.S. drone, was the prime suspect in the assassination of Bhutto.