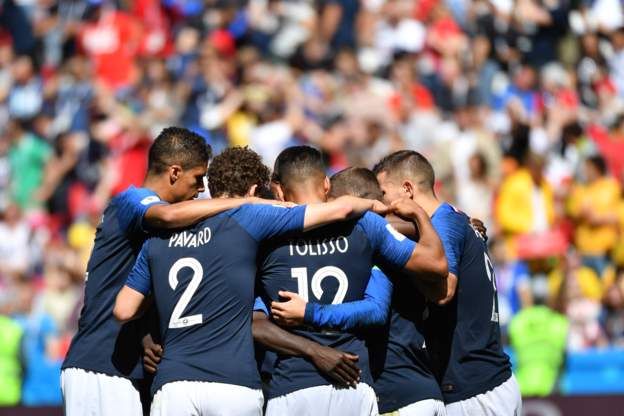 France have beaten Australia 2-1 on Saturday to begin their World Cup campaign on a good note.

After a barren first half, the game sprang to life as France opened scoring through Antoine Griezmann on 57 minutes.

Josh Ridson, chasing from behind Griezmann slid in desperately right on the edge of the box. The referee said no but he was told to go and look at the monitor, before it was awarded.

Australia responded immediately on 62 minutes through a penalty converted by Mile Jedinak.

But France completed the job on 81 minutes through Paul Pogba’s goal.

Pogba linked with Olivier Giroud and latched onto the return on the edge of the area but his flick deflects the ball onto Aziz Behich.

It floated over Mat Ryan and crosses the line off the underside of the bar.

The good old Video Assistant Referee checked a few details but there’s not stopping this one.