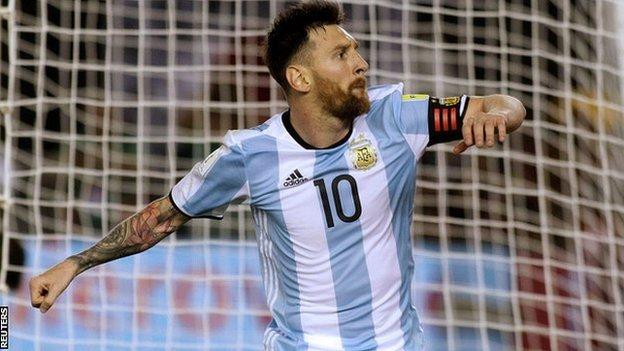 Spain captain, Sergio Ramos has responded to a putdown from Argentina great Diego Maradona by making an unlikely declaration of admiration for Lionel Messi.

Messi is his usual enemy as the talisman of Real Madrid’s arch-rivals Barcelona.

Maradona, his country’s 1986 World Cup-winning captain, remarked this week that “Ramos is no superstar, the real superstar defender is Diego Godin” when comparing Spain’s serial-winner Ramos with the Uruguay captain.

Ramos was asked what he made of Maradona’s comments after Spain’s 1-0 World Cup Group B win over Iran, and chose to praise Messi, who has led Barcelona to numerous wins over Real Madrid.

“I respect Maradona because he is an all-time great; I think he was a star.

“But I’ll also tell you that Argentine football knows Maradona is light years behind their number one player, which is Messi,” Ramos said.

Messi, who lost the last World Cup final to Germany as captain of Argentina, missed a penalty in his side’s 1-1 draw with Iceland.

He is under pressure to propel his side to victory over Group D leaders Croatia on Thursday.